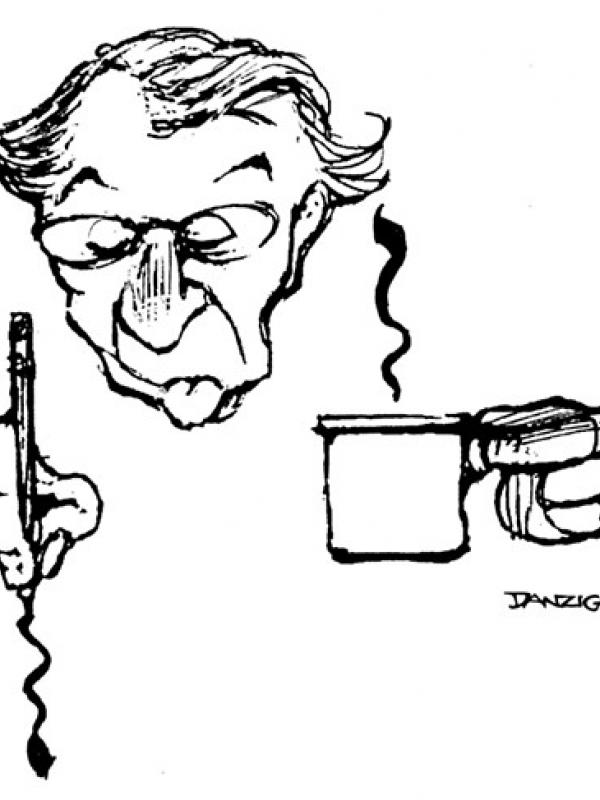 Herblock once described editorial cartooning as "an irreverent form of expression, and one particularly suited to scoffing at the high and mighty. If the prime role of a free press is to serve as critic of government, cartooning is often the cutting edge of that criticism."

It was in that spirit that the judges of this year's contest selected Danziger, whose cartoons, in addition to appearing in the Rutland Herald, are distributed to 100 other newspapers both in the U.S. and abroad by the New York Times Syndicate.

Danziger's work has appeared in a wide variety of publications from the New York Times, Washington Post and Wall Street Journal to the Toronto Globe and Mail, LeMonde and the China Daily. His work has also appeared in magazines ranging from Newsweek and Forbes to the New Yorker and the Texas Observer. 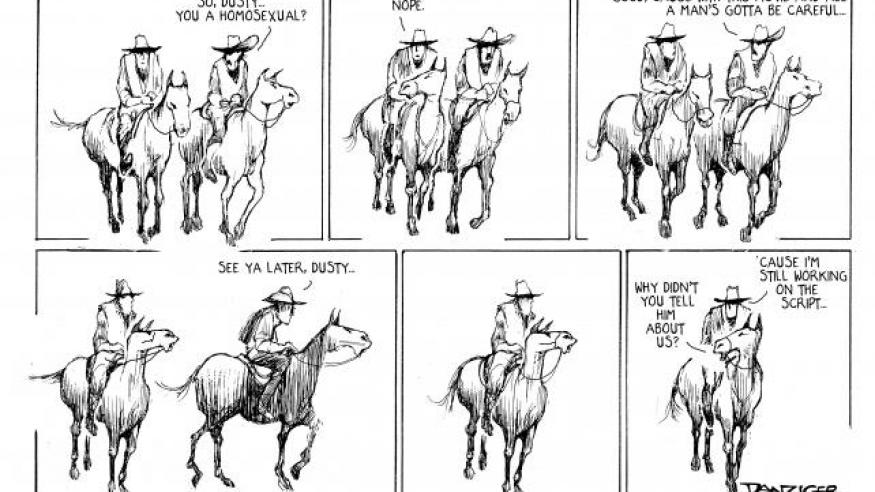 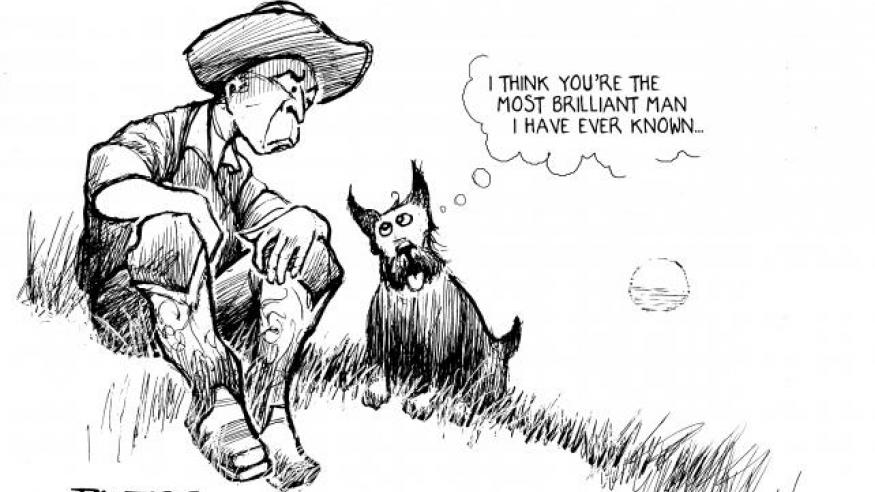 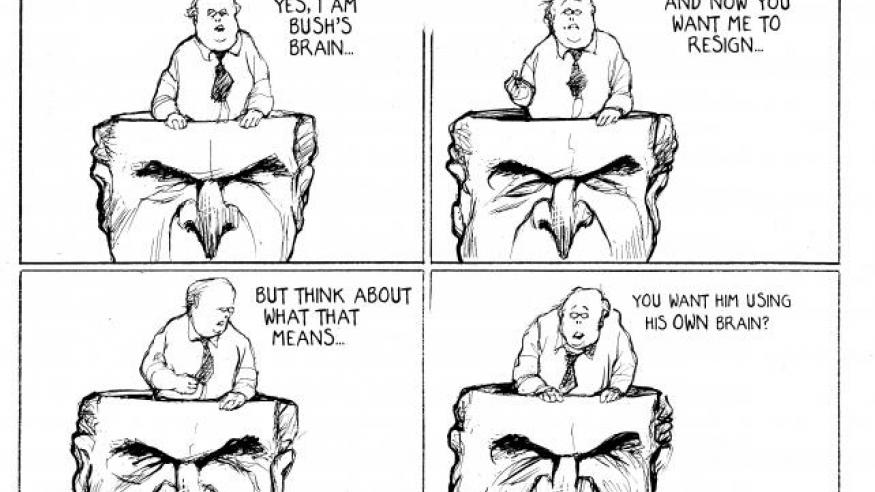 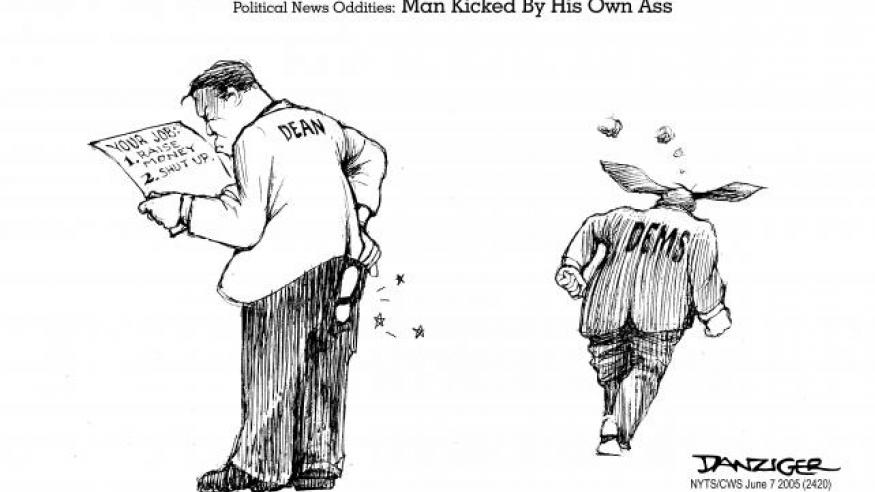 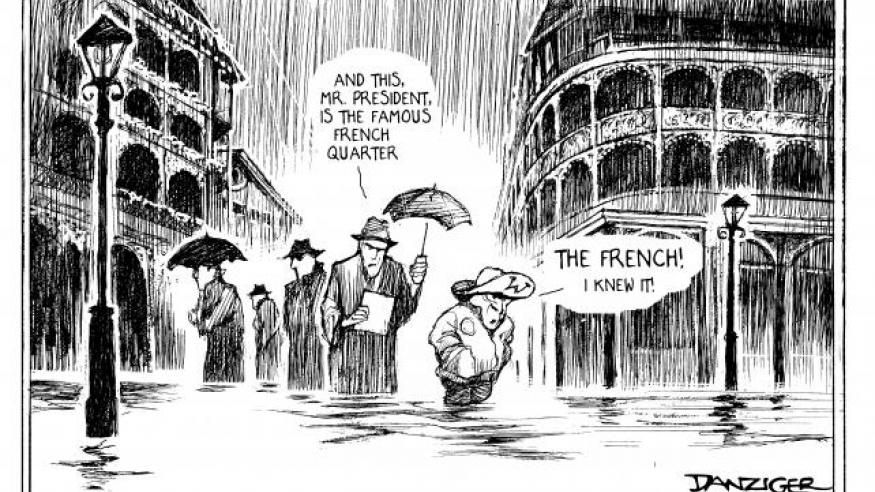 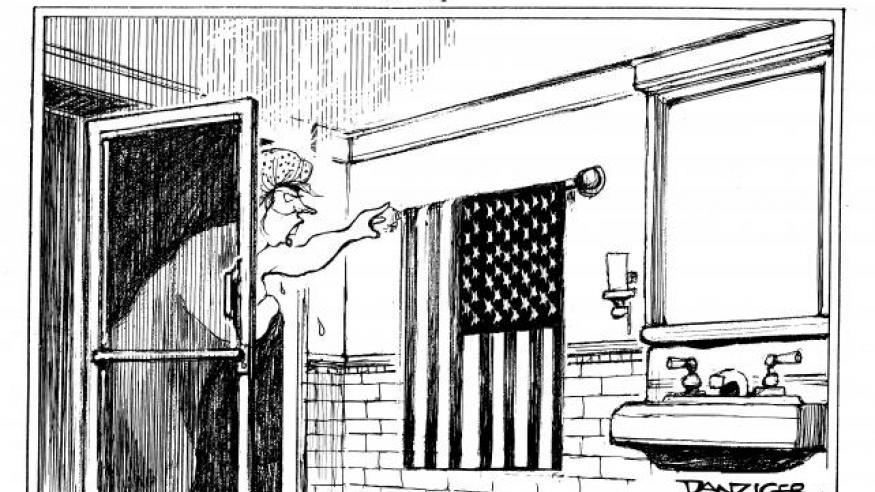 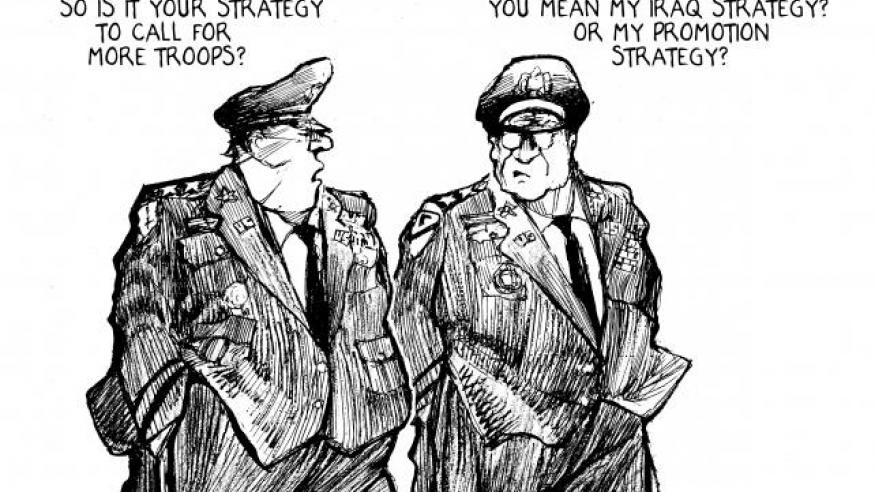 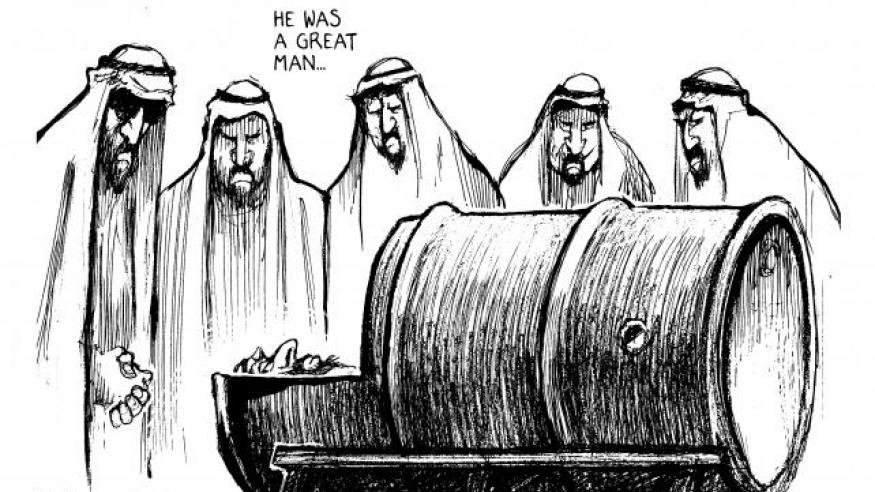 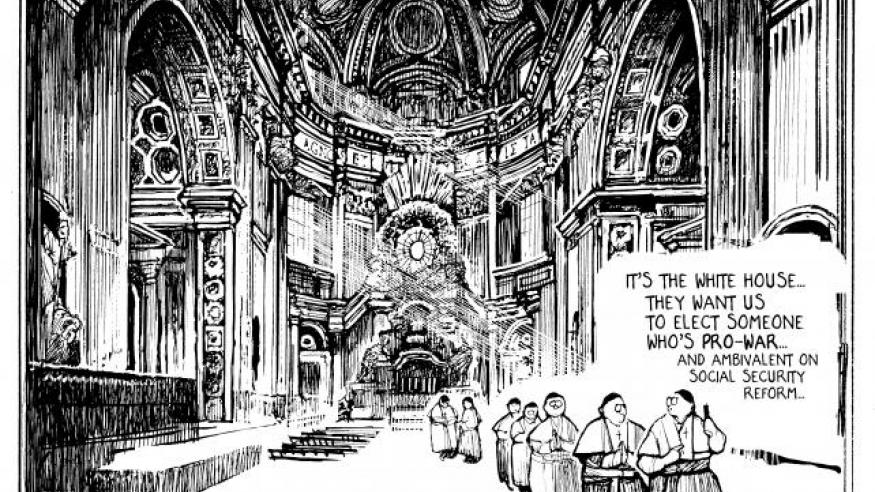 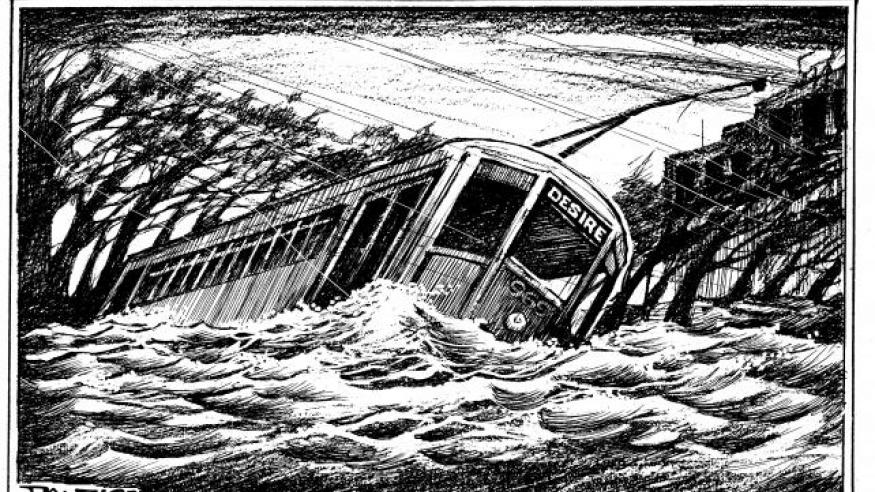 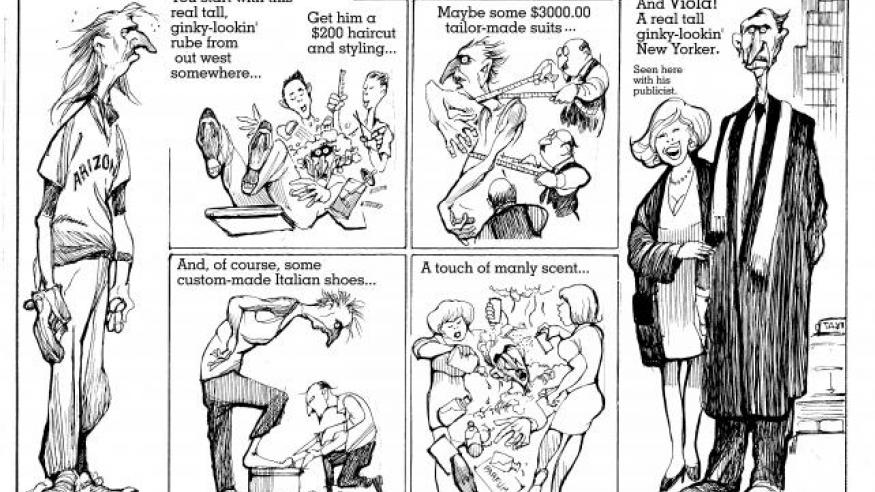 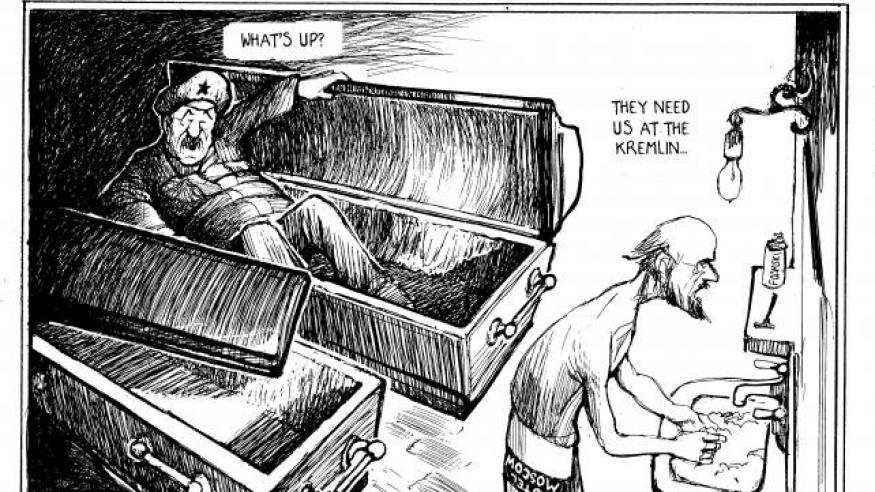 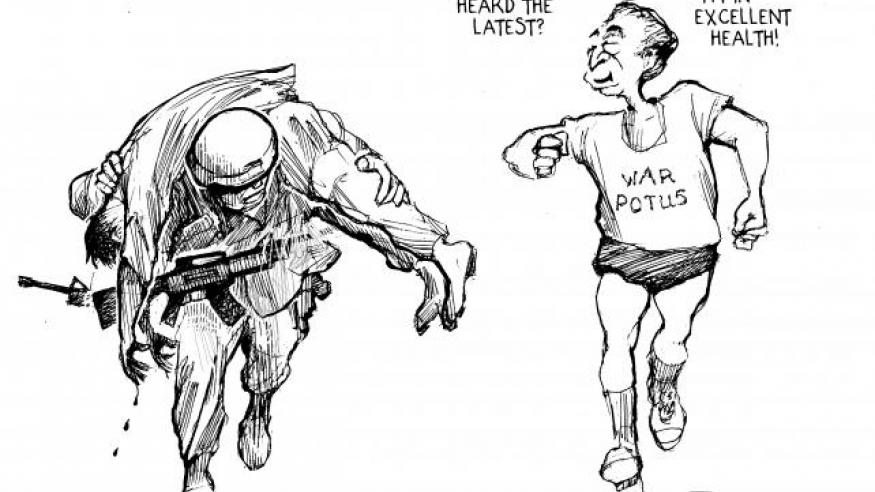 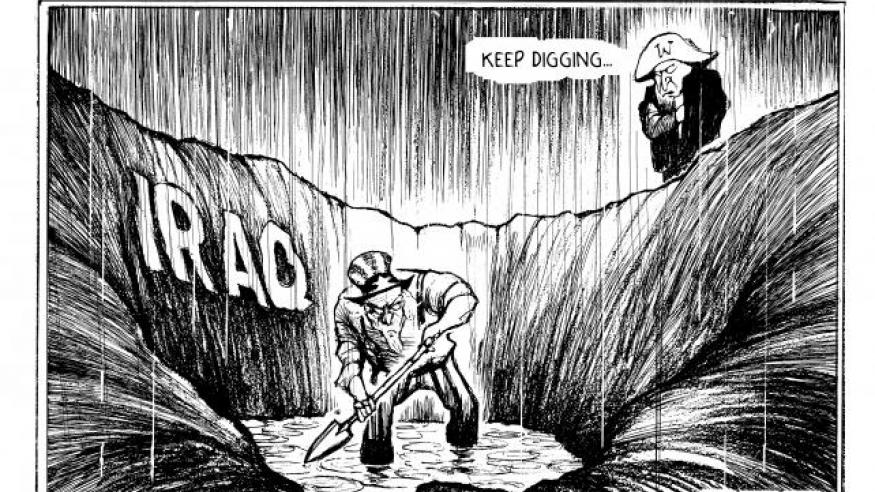 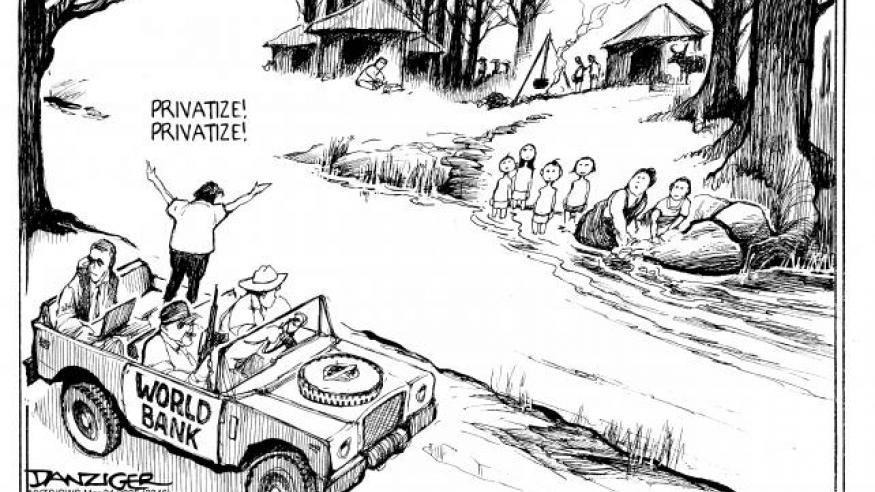 I'd like to thank the officers of the foundation, Jean, Frank, the judges,. And of course Herb wherever you are.

I'd also like to thank my family and friends, and all the editors and publishers who have for many years put up with my nonsense.

Especially those editors who agreed with me that the only person who really knew how to run the newspaper was unfortunately stuck in the cartoonist's job.

This award is especially wonderful because it not only honors our strange little field of artistry, but also honors the memory of one of its and journalism's great American heroes and practitioners. It too bad, Herb, that you're not here for the second Bush administration. Never in the history of cartooning, or, now that I think if it, never in history, have so many ardent buffoons been involved in running a country. Once again we're at war. There's a war between the Sunnis and the Shiites, and here at home a war between the retired officers and the officers nearing retirement.

I think it's a tradition here to tell a little Herb story if you have one. And I do.

In 1971 when I came home from Vietnam and got out of the army, I came back to Vermont and began teaching school. I also began sending cartoons, ver badly drawn, to the local paper. This was the Barre Montpelier Times Argus, which had recently switched to offset printing. I don't have to tell anyone here that the Times Argus, was then Vermont's largest afternoon paper, a positon it defended against vicious competition from the St. Johnsbury Caledonian Record.

The editor was a man named Nicholas Monsarrat, grandson of the famous British world war 2 novelist. He called me one day and asked me to stop by to talk about my cartoons. He said that he liked the cartoons I had sent him very much, and now that they were using the offset process he could run local work without the cost of engraving. He said there was only one problem which was that their budget wouldn't allow him to pay any more than they were spending for syndicated cartoons.

So I asked him how much was that. And he said one dollar. One dollar per cartoon.

This was a little shocking, but doing the cartoons was so much fun, and it was gratifying to see them in the paper, so I swallowed hard and said OK. I'd do them for a dollar a piece and see how it went.

But as I was leaving I asked him who was the cartoonist who was doing cartoons for the syndicate for a dollar. He said it was the guy from the Washington Post, Herblock.

And I remember thinking. poor Herblock. a dollar a piece. The poor guy must be starving..

Brevity is the soul of wit so I'll make this short. But I did want to say that it is odd getting this prize in a year when, at last count some thirty of four people have died in riots over cartoons of Muhammed. This is an awful situation. Some editors have had their lives threatened. Even so it's still an awful situation.

This isn't anything to joke about. But I did want to point out in case there's anyone here from the Post, . the Islamabad Post. that I have never done any cartoons about Muhammed. And I'll never do it again.

Again, thanks to the foundation and the judges. And Herb, wherver you are thanks very much. I've already spent the money. I bought a new Macintosh. I sent the money to Steven Jobs, and he sent it to the Chinese. So everything's fine.