Herb Block's original drawings were his life and his legacy. The Herb Block Foundation maintains copyright of all Herblock cartoons but the Library of Congress provides comprehensive conservation treatment and unprecedented access to Herblock's life's work. 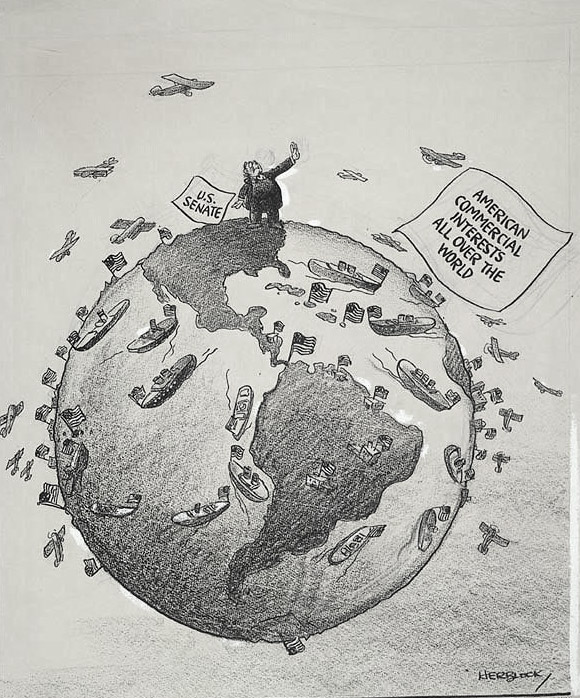 The Herb Block Foundation donated to the Library of Congress the entire personal archives of editorial cartoonist Herbert L. Block, better known to the world as "Herblock." The archives include voluminous files of records, correspondence, clippings, and photographs related to Herb Block's unparalleled tenure as America's foremost political cartoonist. They also include approximately 14,000 original drawings for his celebrated cartoons as well as several thousand additional preparatory sketches that he used to conceptualize his finished pieces.

The collection of cartoons represent Herblock's 72 year career. His first published political cartoon for a major U.S. daily newspaper was in 1929, shortly before the stock market crash, and his last published cartoon was August 26, 2001. In tens of thousands of drawings published in newspapers during his lifetime, Herb Block offered trenchant graphic commentary on virtually every notable incident and public figure from the Depression forward.  He caricatured thirteen American presidents from Herbert Hoover to George W. Bush.

Below is a link to the entire Herblock Collection as well as to exhibits of his cartoons at the Library of Congress and the Herblock Gallery.

The Herblock Collection: research the almost 18,000 cartoons of Herblock.

Herblock's History: From the Crash to the Millennium (opened October 16, 2000)

Down to Earth: Herblock and Photographers Observe the Environment

Herblock Gallery: since 2011, an ongoing space with a series of 10 cartoons by Herblock at the Library of Congress