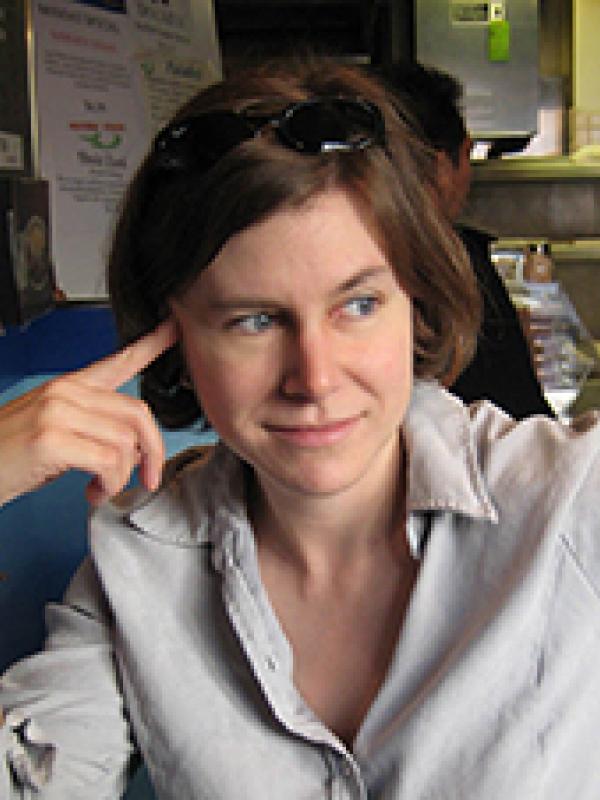 Jen Sorensen’s comics have appeared in the Village Voice, Los Angeles Times, Daily Kos, The Progressive, NPR.org, Ms. Magazine, The American Prospect,The Oregonian, the Women’s Review of Books, and dozens of alternative newspapers around the country. Her political cartoon “Slowpoke,” which she has drawn since 1998, has been recognized six times by the Association of Alternative Newsweeklies Awards, and received the 2009 Grambs Aronson Award for Cartooning with a Conscience from Hunter College.  She has also done illustration work for publications such as MAD Magazine and Nickelodeon.

Sorensen has served on the Board of Directors of the Association of American Editorial Cartoonists and is also a member of the National Cartoonists Society.  She has spoken at the Ohio State University Festival of Cartoon Art, the Rhode Island School of Design, and the Hammer Museum in Los Angles, The first annual ACLU convention, the Virginia Festival, and the small Press Expo.  She has been interviewed by the Washington Post and the BBC, her work has been featured in several editions of the Daryl Cagle’s Best Political Cartoons of the Year, and her latest cartoon collection was enthusiastically blurbed by Garry Trudeau.  Her cartoons have a diverse readership, with particular cartoons blogged or tweeted in a positive light by people as varied as former White House economic adviser Greg Mankiw and “Rage Against the Machine” guitarist Tom Morello.

Sorensen grew up in Lancaster County, Pennsylvania and graduated Phi Beta Kappa from the University of Virginia. In addition to cartooning, she publishes occasional travel articles in The Oregonian newspaper and has blogged political events for the C-ville Weekley, including the 2008 Democratic National Convention.

Judges for the 2012 Herblock Prize were Tom Toles of The Washington Post and winner of the 2011 Herblock Prize, Signe Wilkinson of the Philadelphia Daily News - and the first woman to win the Pulitzer Prize for editorial cartooning - and Jenny Robb, Curator of the Billy Ireland Cartoon Library & Museum at Ohio State University.

Following are their comments on Jen Sorensen’s portfolio for the 2012 Herblock Prize.

Jenny Robb: “Jen Sorensen has a brilliant way of showing the absurdities of ideas and policies that at first glance might sound reasonable.  She effectively uses humor to skewer the powerful and the pompous in her inspired cartoons.”