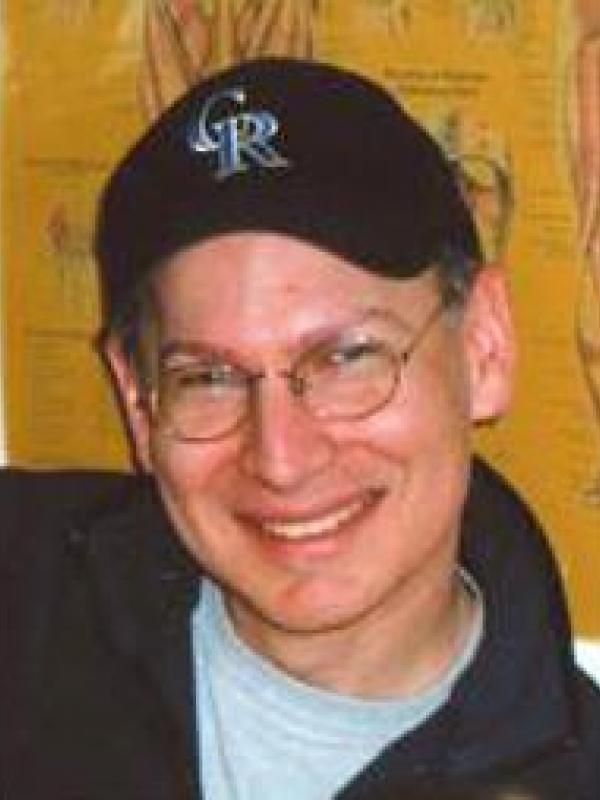 The Camera of Boulder, Colorado

Sherffius won this year's prize for a package of cartoons that chronicled the Bush Administration over the past year, a package of searing cartoons dealing with subjects ranging from torture and wiretapping to the escalation of the war in Iraq and the administration's approach to global warning.

Clint Talbott, editorial page editor of the Camera, said in a letter to the contest judges that while Sherffius' work touches on many subjects, "his cartoons about the Bush Administration have been so forceful that we thought it appropriate to enter them as a body of work. This packet seems to be very much in the spirit of Herblock, as it showcases John's passion for using his art to stand up for the rights of the American people - and the responsibilities of the American government."

Sherffius began drawing editorial cartoons for the Daily Bruin, the student newspaper at UCLA. After two years of working as a freelance artist, after graduation, he was hired by the Ventura County Star in Southern California as a graphic artist and gradually worked his way into editorial cartooning for the paper.

In 1998, he was hired by the St. Louis Post-Dispatch as the newspaper's editorial cartoonist, a job he held until 2003 when he quit the paper over editorial differences.

Sherffius cartoons appear regularly in the Boulder Camera and are syndicated nationally by the Copley News Service. 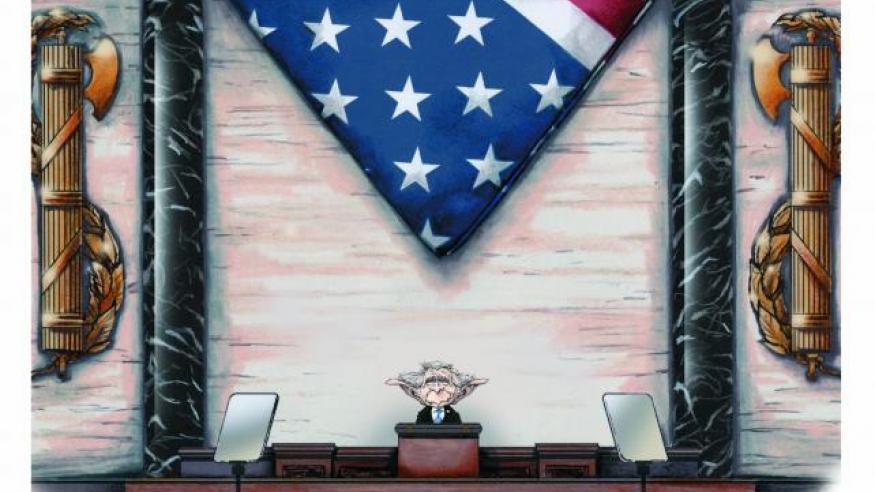 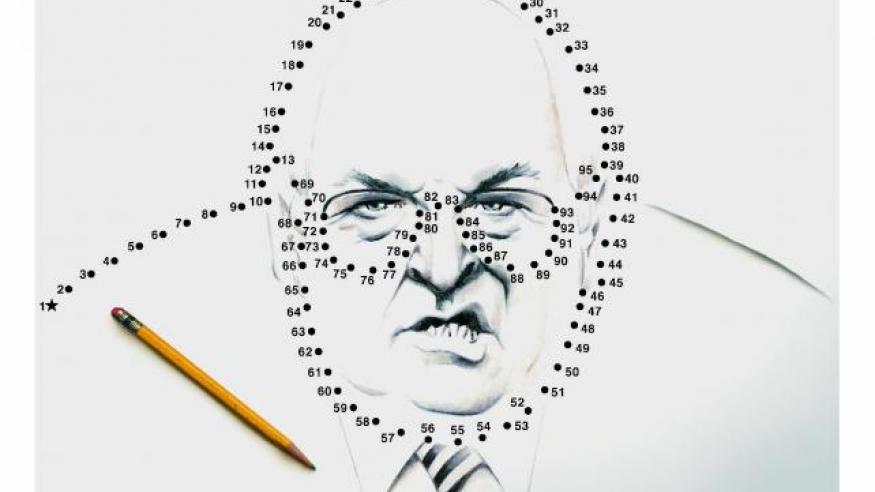 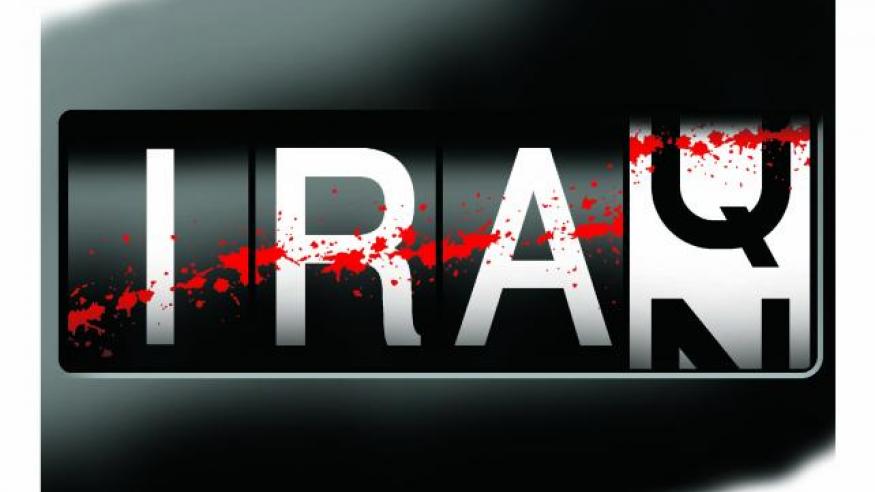 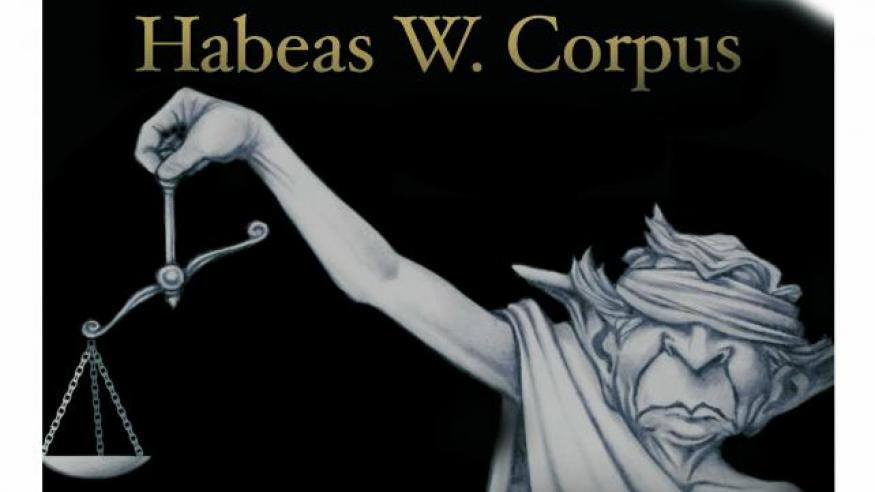 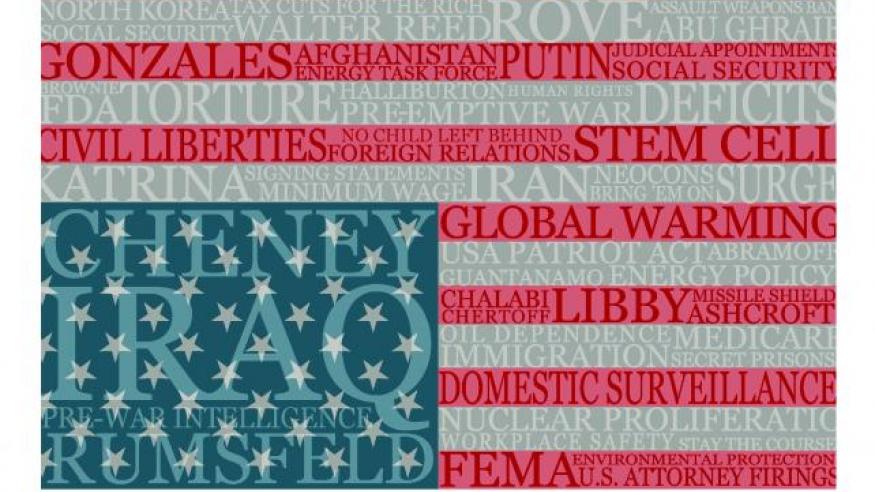 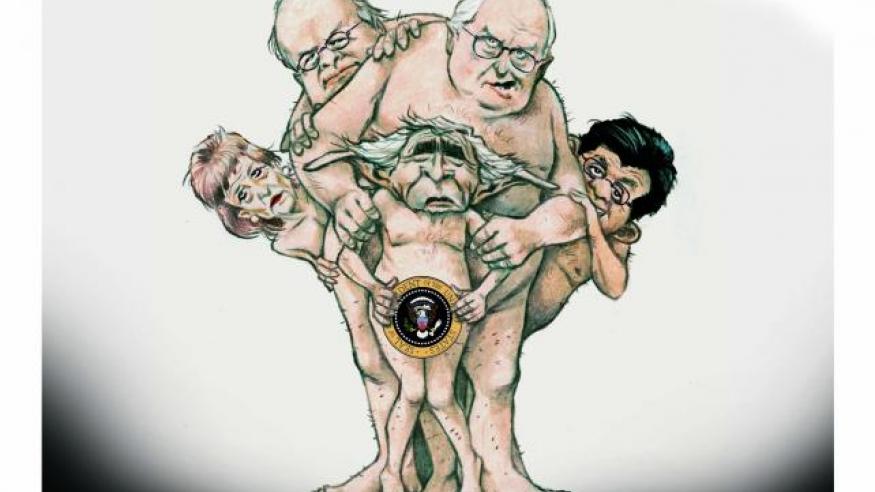 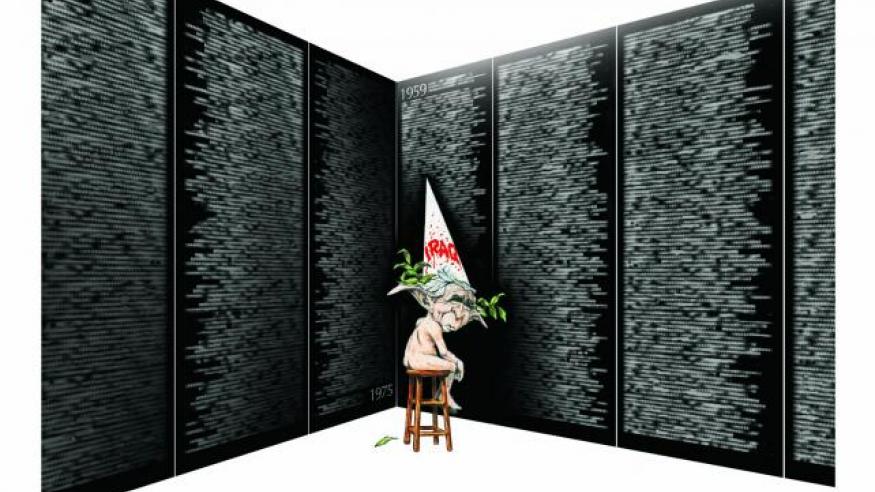 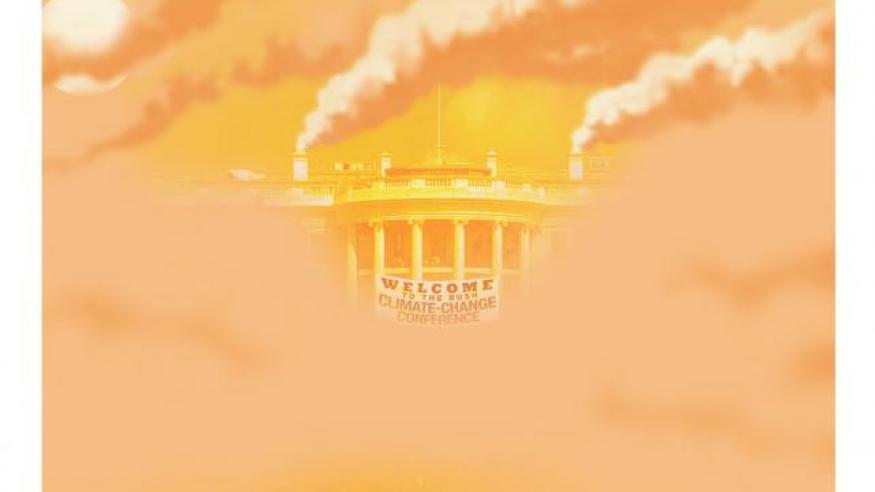 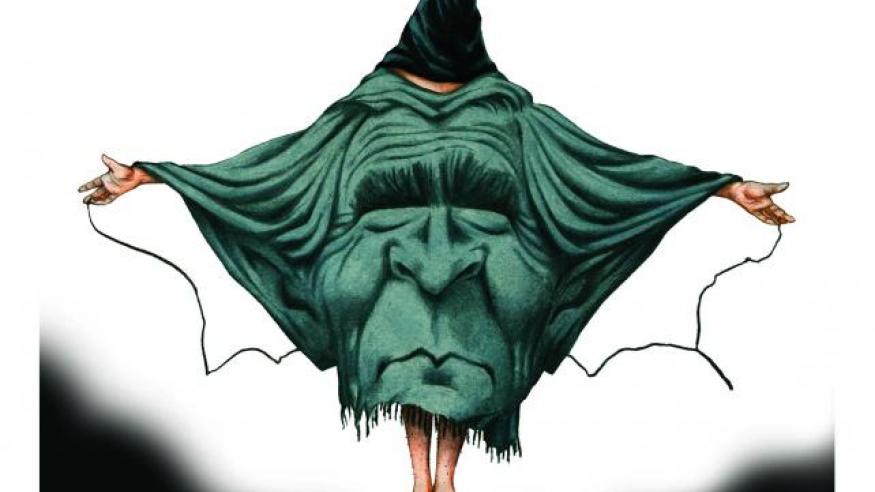 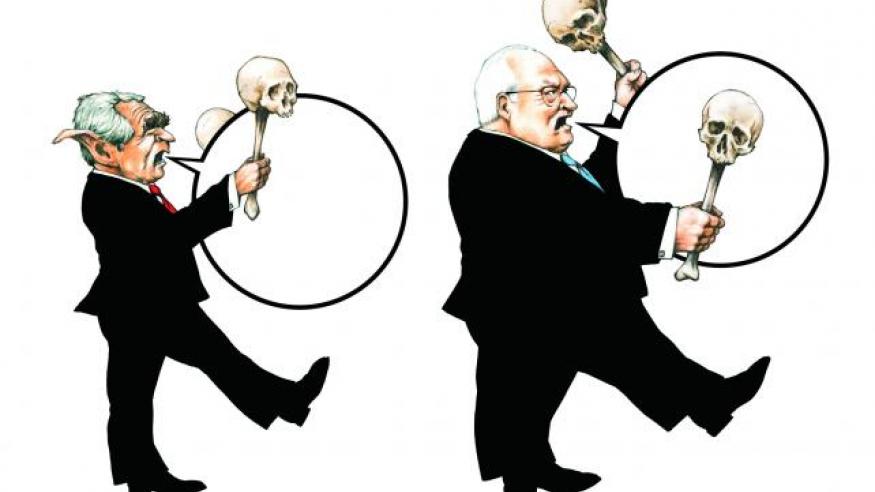 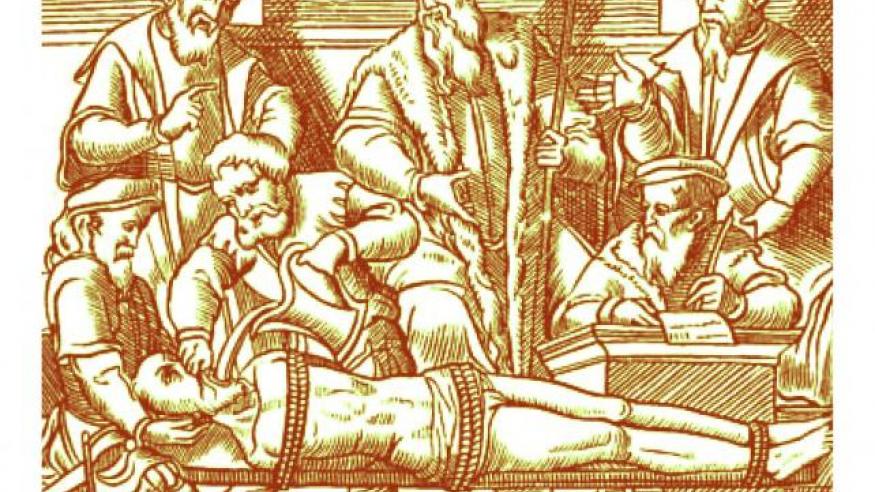 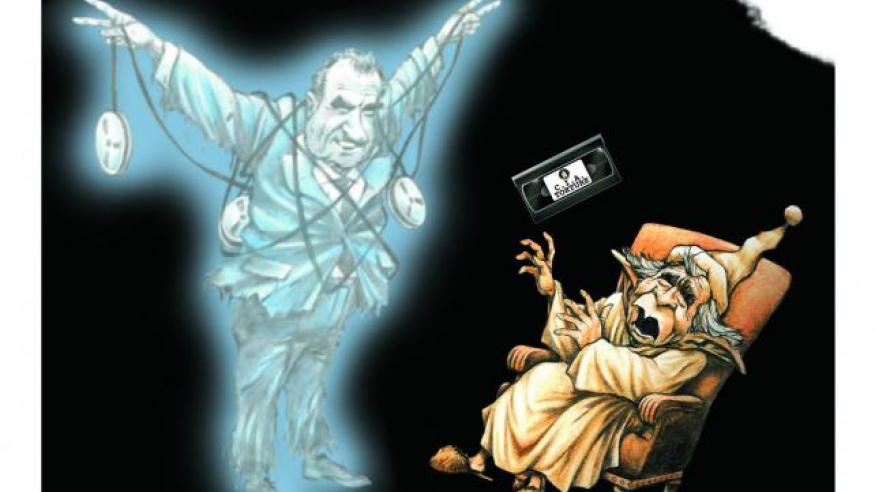 Thank you for this tremendous honor.

I'll never forget the day I won the Herblock Award.

It started, as I recall, when my red phone rang at 3 a.m., as my children lay asleep. Since neither Barack or Hillary was around, I answered - and received the wonderful news from Frank Swoboda.

During our conversation, Frank informed me that I was to make a speech. Though there were no rules, he had a few suggestions: Keep the soaring rhetoric and celestial choirs to a minimum. Just give 'em straight talk.

So, with just a small dose of lofty language, I'd like to say a few words to you tonight.

Every day that I have the opportunity to illustrate a cartoon and comment on an issue is a privilege. To receive an honor in memory of one of the giants of our field, here in this beautiful and historic library, is absolutely incredible. I'm extremely grateful to Jean, Frank, Sarah, Marci and the Herblock Foundation.

If winning the award were not enough, the Herblock folks generously flew my family to Washington for this ceremony. I'd like to give them their money's worth, so please let me introduce them.

My darling wife, Stephanie, whose love, support and keen ability to gag at bad ideas helps keep me in this business.

Our wonderful children: Hannah, our budding writer and champion of social justice - not to mention an awesome power forward. Our son Avery, my buddy, whose kind heart, intelligent mind and infectious laugh always make me smile. And our three-year-old, Katie, whose bright eyes can light up a room - and whose theatrics ought to win her an Oscar someday.

Also joining us here from Boston are my parents-in-law, Rita and Harvey (though the in-law part, to me, is really just a technicality) and Aunt Debbie and Uncle Michael, all the way from the still-contested state of Florida. I couldn't ask for better relatives.

My father, Russ, and my Aunt Cathy passed away in recent years. My mom, Lorraine, who lives in Oregon, does not travel much these days. But they are all here in spirit, and I want to thank them for the crayons and coloring books as I grew-up. Also, for their love, encouragement and patience with my quirks. There may not have been many other 12-year-old boys who refused to come to the dinner table because they were riveted by Richard Nixon's resignation speech. Though I must admit, despite today's high honor, my mom still wishes I'd become a dentist.

Unfortunately, I am the first recipient of this award who never met Herblock. However, in recent weeks, I've heard plenty from others about Herb's kindness. his humble, quiet manner.. His legendary devotion to the craft.. His uncanny knack for forgetting to bring his wallet every time he went out to lunch with friends.

Despite never having met Herb, I know him. In fact, I don't think it's possible to be an editorial cartoonist in this country and not have a sense of Herblock and what he stood for.

Before many of us were born, Herblock's work cast a bright light on corruption and abuse of power. He chronicled the Depression, World War II, the Cold War, Vietnam and Watergate. He used his pen to fight for civil rights. He even coined the term McCarthyism. He recognized threats not only to his generation, but to those that would follow.

As a father, my children are my greatest inspiration, and my goal as an editorial cartoonist is the same as Herblock's - in some small way, to leave to the next generation a better country.

I wish Herb were here right now, because we sure need him.

As you have seen from the posters in the hallways, my cartoon entry this year focused exclusively on the Bush Administration - and for good reason. I am angry.

Well, other than keeping a lid on my soaring rhetoric, Frank wisely advised me to say what was in my heart. So I cannot let this opportunity pass without making a brief observation about our industry.

It is a well-known fact that editorial cartooning positions across the country have been eliminated. However, this trend to cut positions has spread to the entire newsroom - with disastrous results.

Top-notch journalists are getting the budget axe at papers all over the United States. Herblock's strength was his commitment to shining a bright light on our leaders and their policies. The same is equally true of investigative reporters, beat reporters, political writers, foreign and national correspondents, columnists and photographers. It is grimly ironic that at a time when we have one of the most abusive administrations in power, the press - America's watchdog - is withering from within.

Though few - if any-of us will be able to duplicate his legendary career, for the sake of our and future generations, we must continue his work.

Thank you very much.