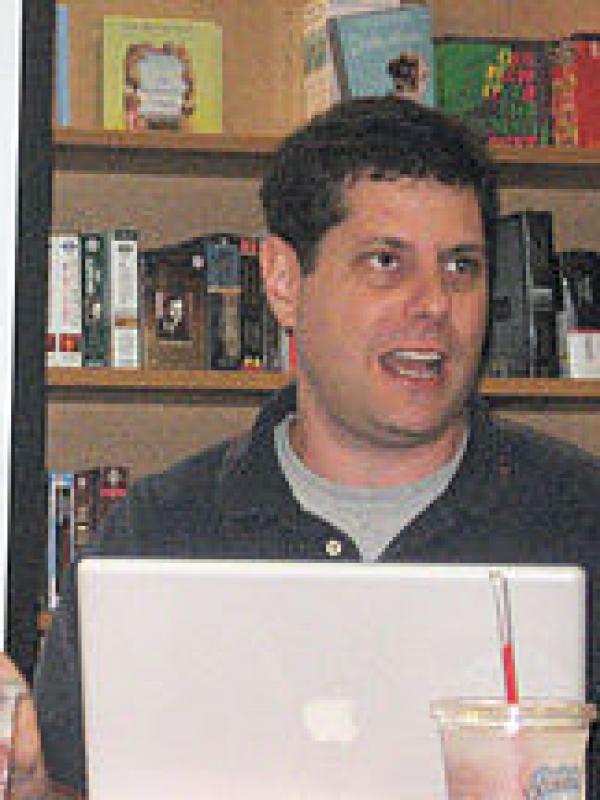 Author of the Weekly Comic Strip “Tom the Dancing Bug”

Ruben Bolling is the author of the weekly comic strip “Tom the Dancing Bug,” distributed by Universal Uclick Syndicate to many newspapers across North America.

“Tom the Dancing Bug” also is featured every week on websites associated with newspapers, such as WashingtonPost.com.  It also appears on:  BoingBoing.net, one of the most linked-to websites in the world; DailyKos.com, the U.S.’s largest progressive blog; and Gocomics.com, the largest comic strip website.

“Tom the Dancing Bug” is a free-format comic strip that uses varying types of humor, artistic styles and formats.  It’s an unusual strip in that in any given week, it could feature a spoof, a multi-panel sketch, recurring characters, or caricatures of real people.  But political subject matter is at its heart, as the vast majority of its installments deal with topical issues.

Ruben Bolling was a 2014 winner of the Society of Illustrators Best Cartoon Award in its Art Annual.  In 2011, Bolling won the Sigma Delta Chi Award from The Society of Professional Journalists, for Editorial Cartooning.  “Tom the Dancing Bug” has been twice-nominated for the Harvey Award for Best Comic Strip or Panel, and has won the Association of Alternative Newsweeklies Award for Best Cartoon five times.

In 2015, Ruben Bolling started a series of chapter books for children called the EMU Club Adventures.  The first two installments, Alien Invasion in My Backyard and Ghostly Thief of Time, were both published in 2015 by Andrews McMeel.

In addition to the weekly comic strip, The New Yorker has published twelve full page color cartoons by Bolling, and original comics by Bolling have been published in such magazines as Nickelodeon, Mad Magazine, ESPN The Magazine and Harper’s.

Bolling lives in New York City with his wife and three children.

From the 2016 Herblock Prize judges:

From (Kevin Kallaugher) KAL, for Bolling –

Ruben Bolling’s entry impressed with his highly professional mastery of the narrative form. Each one of his editorial drawings was not just multi-paneled but multilayered with satire, whimsey, wickiness, and smarts.

From Peter Kuper, for Bolling –

"Having followed Tom the Dancing Bug for decades, I've always found it remarkable how Ruben Bolling has been able to consistently produce full page comics that find new angles of attack on familiar subjects. With subtlety, yet tremendous humor, he constructs each comic without any wasted space to build to surprising conclusions. Many of his strips take on several topics at the same time and over the years he has honed his art to deliver these ideas with great verve."

From Mike Rhode: for Bolling –

Ruben Bolling's Tom the Dancing Bug has been a consistently excellent strip usually run in alternative newspapers and thus visible to fewer readers. This year Bolling submitted excellent, tight and hard-hitting cartoons on a variety of liberal topics.