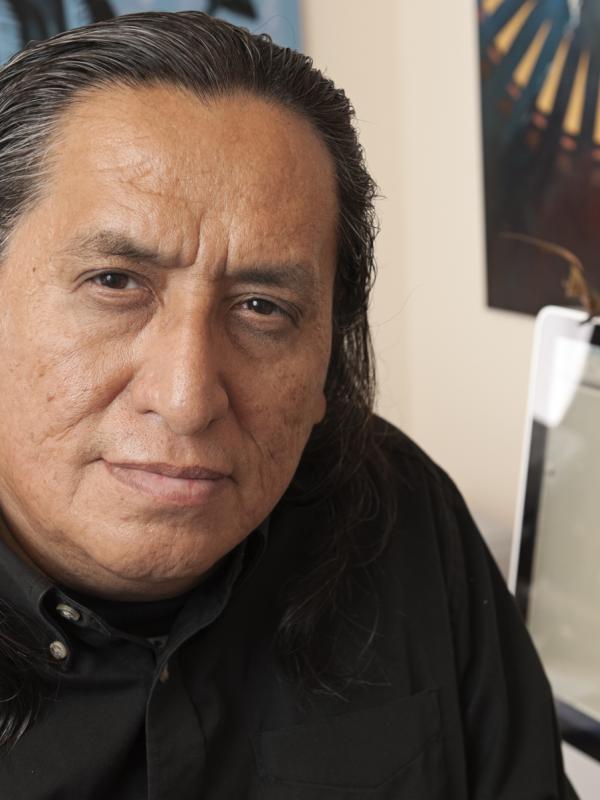 Marty Two Bulls Sr. is an Oglala Lakota originally from the Pine Ridge Indian Reservation in South Dakota. He spent his childhood in Rapid City, South Dakota and was graduated from Rapid City’s Central High School in 1981. He attended college in Denver at the Colorado Institute of Art, which gave him the technical skills to land a job in his hometown with the local television station, a NBC affiliate, as an assistant to the art director. It was at his high school newspaper (the Pine Needle) that Two Bulls first started drawing editorial cartoons. His ‘editoons’ started out as a hobby but within a few years the hobby turned into a career.

Two Bulls began as a journalist in weekly newspapers and then moved on to dailies. He accepted a position the Rapid City Journal as graphics editor and he served on the editorial board for seven years. Two Bulls then moved on to the Sioux Falls Argus Leader as graphics editor for six more years. He eventually left newspapers and returned to college to finish his BFA degree, freelance as a cartoonist, and pursue a fine art career. He has drawn editorial cartoons for the Indian Country Today Media Network since 2001, and currently produces 6 cartoons a month for the website: https://indiancountrymedianetwork.com/category/news/cartoons His work also appears in the newspapers; Indian Country Today (Martin, SD), Mandan Hidatsa Arikara Times (New Town, ND), Cherokee One Feather (Cherokee, NC), and News from Indian Country (Hayward, WI).

His work focuses on issues of political interest to Native peoples, a vital niche market. Native Americans have been historically persecuted and marginalized by the dominant culture, which has reduced them to a minority in their own lands. Two Bulls creates his cartoons for his people; if non-Natives are touched by his work, all the better. It is important to him that the message of the editorial is made known to all peoples. 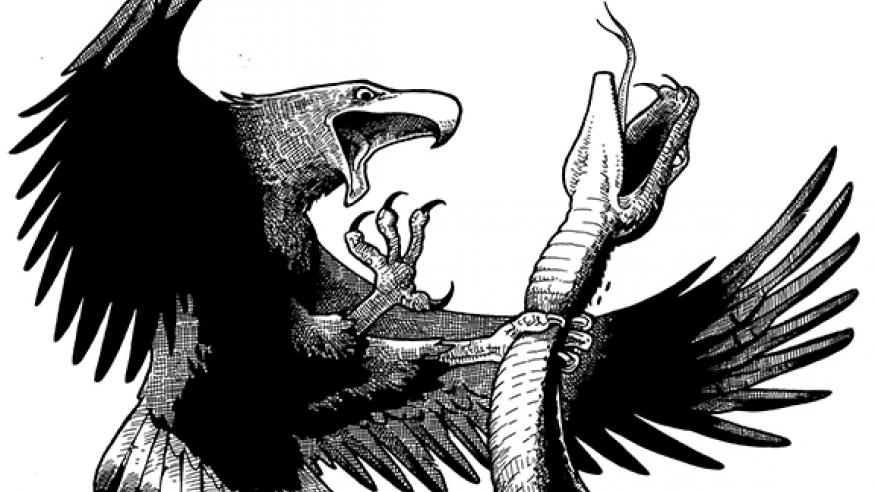 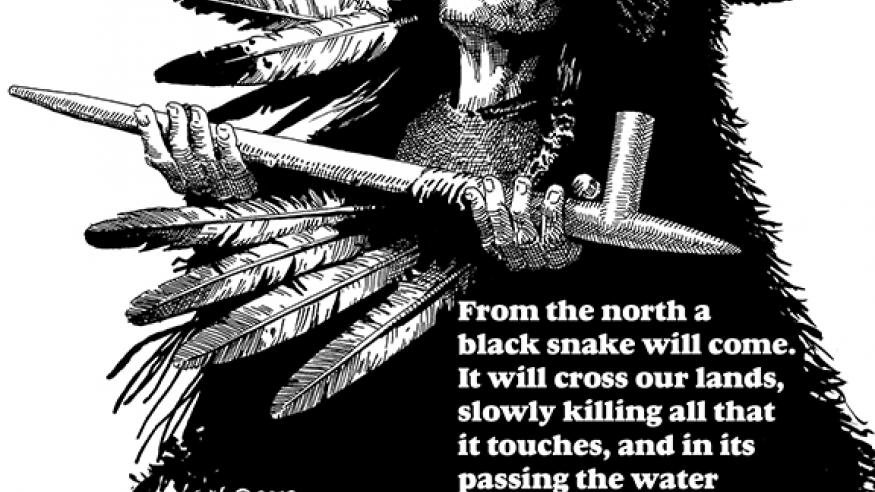 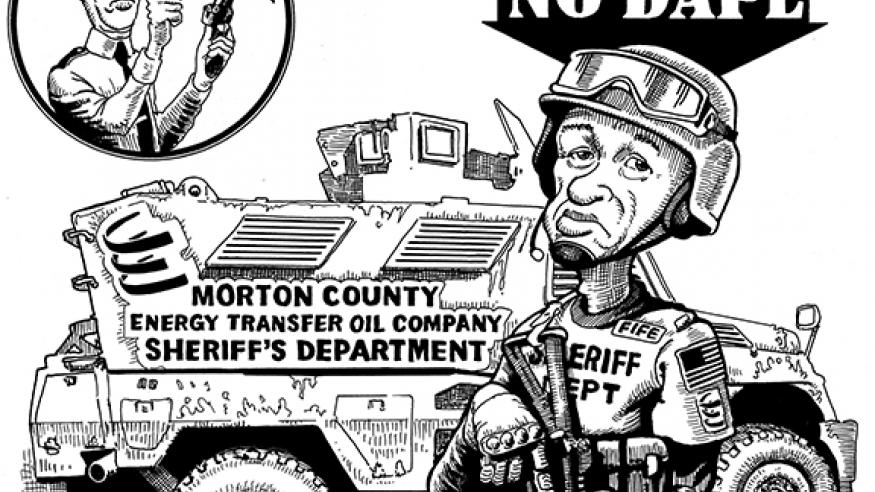 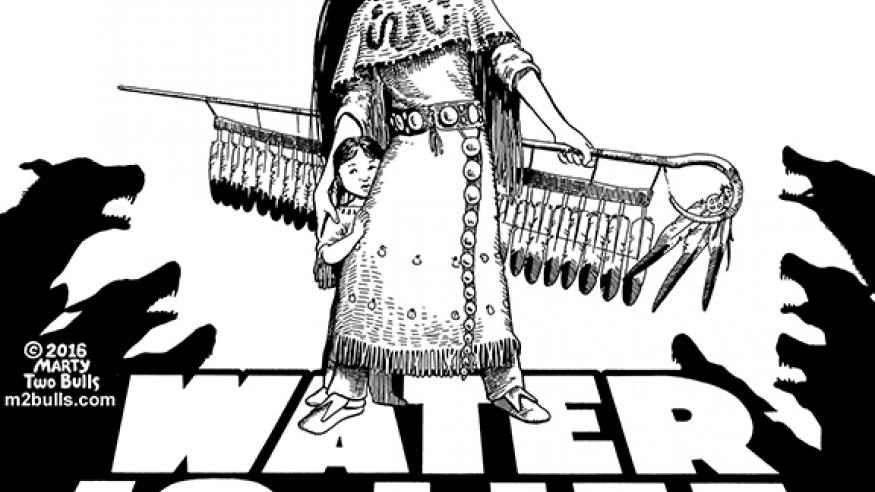 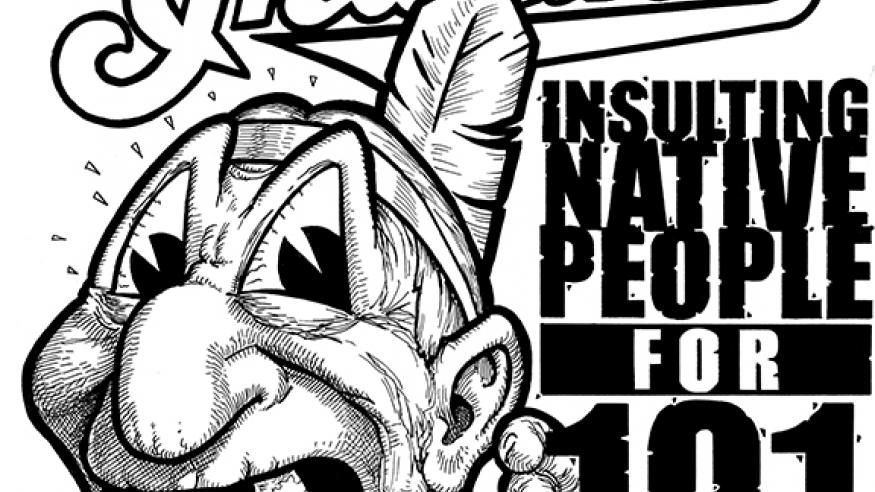 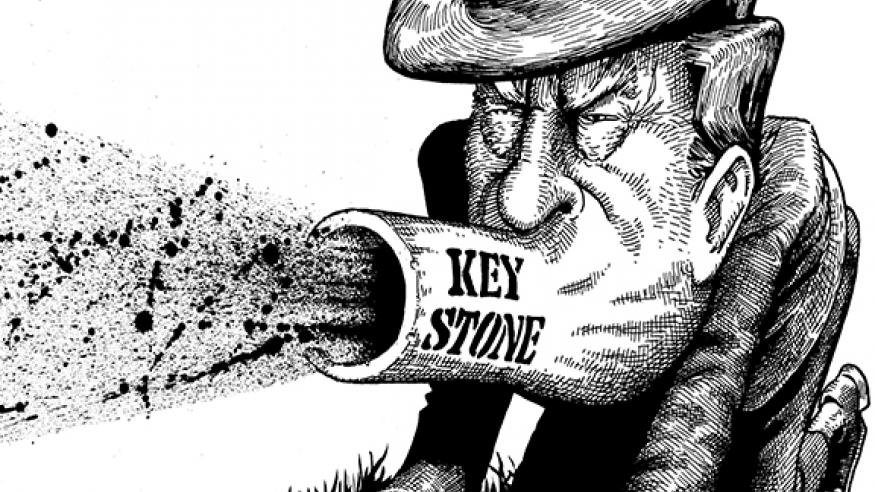