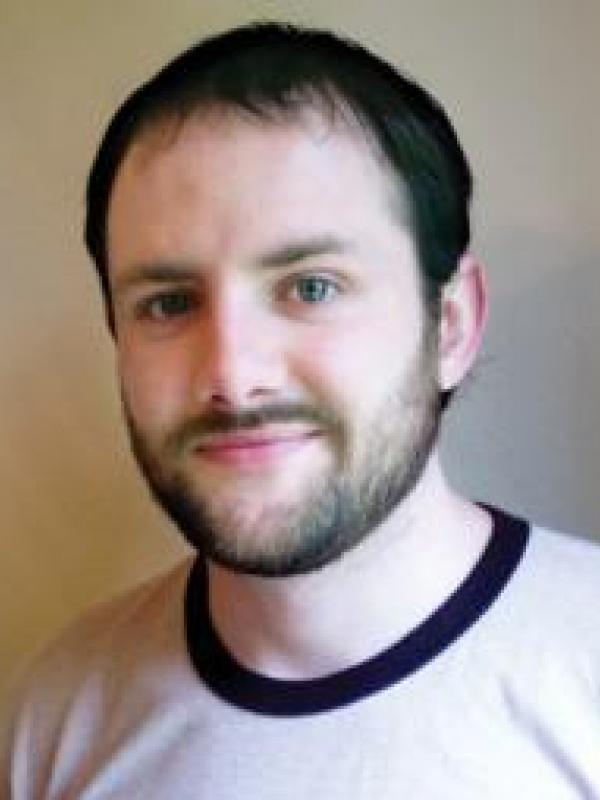 Matt Bors is a cartoonist, journalist and editor based in Portland, Ore., who relentlessly skewers the latest absurdities in American politics and culture.

From recession woes to social networking, Bors’ cartoons dissect and satirize the ways of the world to make readers think and laugh about the real issues affecting them. “I like to use news events as a jumping-off point for a discussion,” Bors says. “So I try to avoid the obvious gags and get at the underlying issues.”

His comics have appeared in The Los Angeles Times, The Nation, The Village Voice, The Boston Phoenix, The Daily Beast, Funny Times and dozens of other print and web publications. His first graphic novel, “War Is Boring,” a collaboration with journalist David Axe, was published in 2010 by New American Library and was picked by Rolling Stone as their “Hot Graphic Novel” of the year.

Bors also serves as the comics journalism editor for Cartoon Movement, a website devoted to international political cartooning. He traveled to Haiti in the summer of 2011 to find cartoonists and journalists to create a long-running graphic novel about the humanitarian and political problems facing the country, a project he is editing and publishing over the course of 2012.

Bors seems to have a travel bug for dangerous places. In the summer of 2010, he traveled unembedded through Afghanistan to draw comics and filed them to newspapers from the ground over the course of his month-long trip. “I don’t want to simply react to news events, but seek them out for myself,” says Bors. “It’s good to get out from behind your drawing table once in a while. I figured, why not a war zone?”

A featured industry panelist, Bors most recently spoke at the 2012 South By Southwest (SXSW) Festival on "How Comics Journalism is Saving Your Media."

If you would like to support Matt Bors' latest project, go to: http://www.kickstarter.com/projects/mattbors/life-begins-at-incorporation-cartoons-and-essays 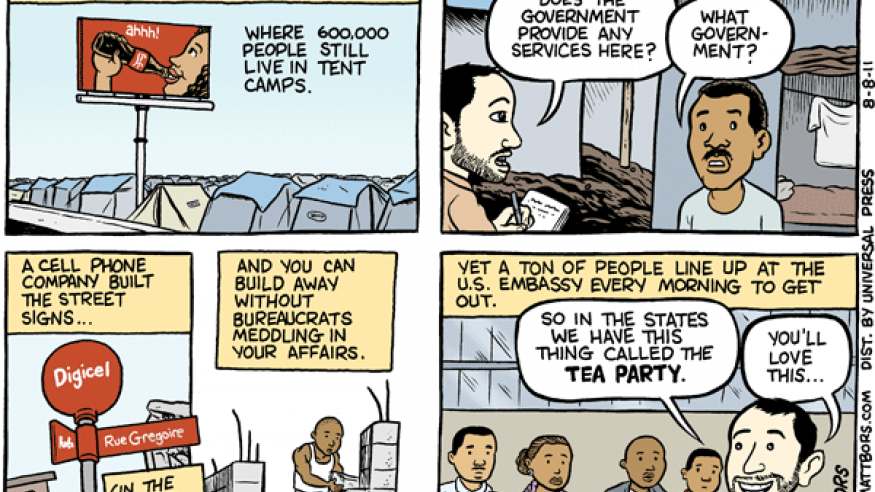 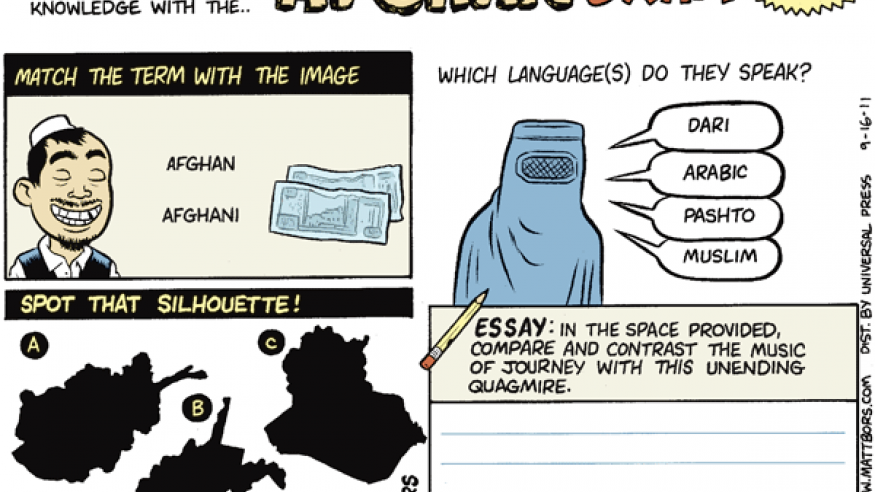 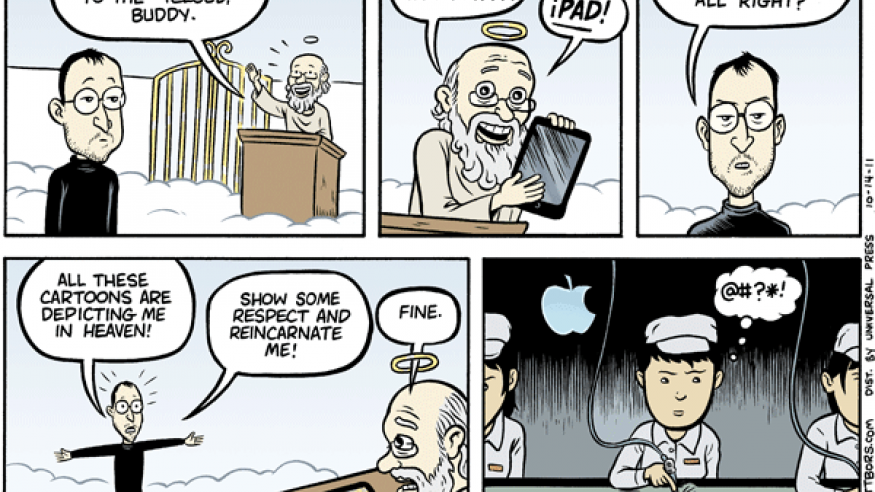 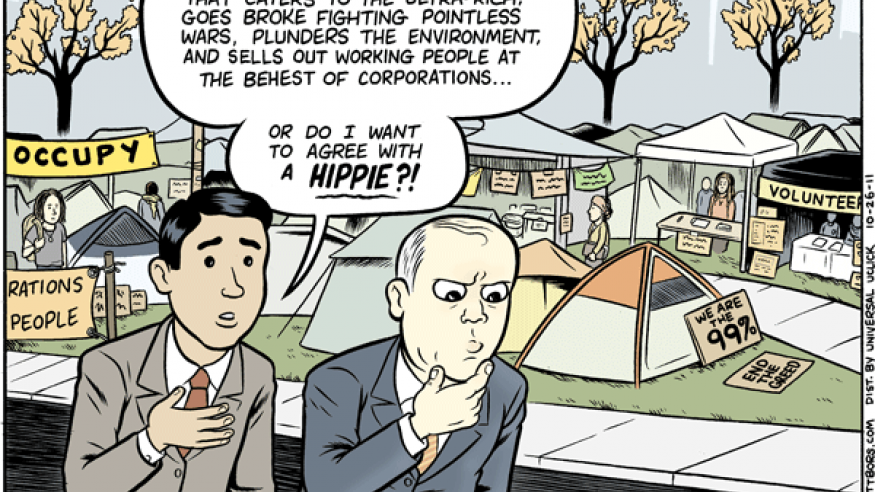 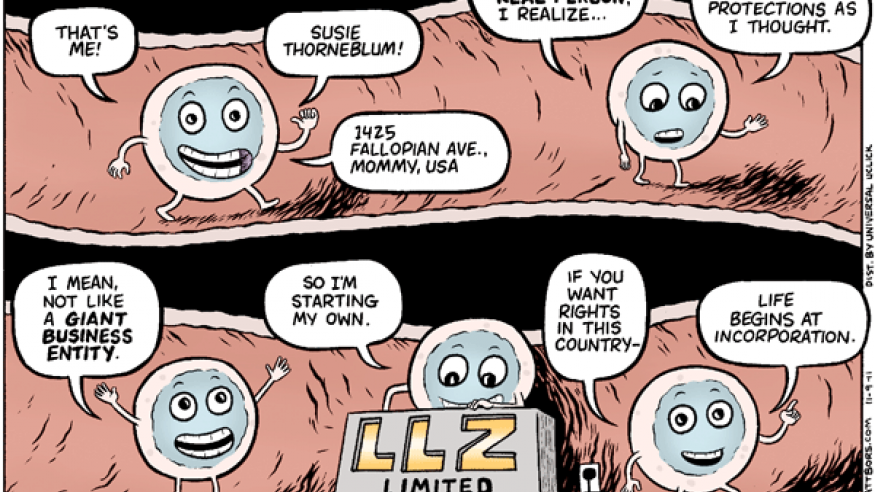 When I was first notified of winning the Herblock I was sitting in the Denver airport checking email on my phone, drinking, naturally, and drawing a cartoon close to deadline. I replied only with "Is this real?" – my David After Dentist moment – and Marci called me back right away to assure me I was neither dreaming nor too drunk in the Denver airport.

First and foremost, I want to thank Herblock foundation for this, for bringing us here for this reception and giving me this incredible opportunity to pay my rent this year. It's the first award I've ever won. I promise the cartoonist you know a lot better than me will be up soon.

My parents, Fred and Becky, are here and really did nothing but encourage me to pursue a career in cartooning from the youngest age. They didn't even blink when I asked to move back in after college. That was way back in 2003, before it was the cool thing to do.

Special thanks to my dad in particular for talking me out of my only other career choice I ever had, when I was four, to be a garbage man. I had a little garbage truck - wanted to zip around and pick up trash. Which as I understand it is actually a respectable career with benefits, job security, and lots of positions available so maybe not so sound parenting now that I think of it.

My first collaborator is here, my brother Brian, who helped me develop a short lived comic available in the Bors household about a team of superheroes called Z-Men. Somewhat derivative. And thanks to my partner Stephanie for her support and for being a sounding board for so much of my bitching she could get an award of her own.

A few of my editors are here, specifically Brian Stewart and David Halperin of Campus Progress, one of my oldest clients. David was a booster of mine back when no one was paying attention. When you don't have a staff job you have to convince more than one editor that you are worth something and people like David, who crossed my palm with silver and kept my lights on, are the reason I'm able to do this. The editors who dropped my comic over the years probably deserve some thanks to. Nothing has motivated me more to do political cartoons than the threat of almost not being able to do them because of money.

I'm different from the previous Herblock winners in that yes, I'm a white man, but I'm the first one to be his twenties while balding, which is trailblazing of me. I'm also the first winner to not have a staff job. In fact, the Herblock prize money of $15,000 represents more than I make from editorial cartoons in an entire year of work. Or five minutes in Mitt Romney time.

I’m lucky, in that I still make enough money at it to call it my career.

Herblocked stopped cartooning in 2001, two years before I began. Up until that point, I hadn't paid much attention to political cartoons and was more concerned with long form work... until I had something short to say. I drew my first cartoon in March 2003 in the run-up to the Iraq War and from the moment I saw it in print I suddenly knew I was going to have a lot of deadlines every week until I died.

Not long after that, during the "living with the 'rents" stage, I was laid off from my job at a printers and vowed never to have another job again–unless it was the only one I wanted. I used my first unemployment check to print up 500 promotional postcards that got my career underway. I would like to pause to urge Congress to extend unemployment benefits to any potential cartoonist in America.

For a long time editorial cartooning was cush job with benefits and the future of the field clearly relies on innovation in developing time travel back to this era. There are a lot of changes taking place, not all of them great. I work in a home office instead of a newspaper - so this is the nicest thing I've ever put on. I bought it three days ago. I'm from Portland so this is what we consider business formal.

Cartoonists can't control the economics, but we do have a say in what we draw. I did a cartoon on the death of Steve Jobs that was included in my Herblock portfolio that was by far the most popular thing I've ever drawn. Besides providing me with the opportunity to do an incredibly popular obit cartoon, Jobs gave the famous advice to “stay hungry. Stay foolish.” Not great advice if you work at the Foxconn factory making Apple products, but good for cartoonists still trying to make a go at this.

The reason my Steve Jobs cartoon took off, I think, is that it said something that no one had said up to that point, but a lot of people had been thinking – and it relied on satirizing a sacred cow, two religions, and a slew of predictable cartoons to do it. I'm hungry for something new and that keeps me going. We’re now competing against everyone who is tweeting and mashing up images. If cartoonists can remain pugilists and satirists who try new things, we will remain part of the discussion. If they are only willing to coast on clichés, that is death.

Editorial cartoonists need to take a cue from Obama and evolve fast to deal with the changing reality they find themselves in. But it's not just incumbent upon cartoonists to fully embrace the web. Sites need to embrace cartoonists and their potential to capture readers - and pay them like they do writers.

Two websites, Politico and the Huffington Post, both won Pulitzers this year. Matt Wuerker is here tonight and the Politico won for publishing his cartoons. The Huffington Post won for reposting Matt's cartoons without permission. Just kidding. They won for the Best Spammy Listicle. "Top 5 Super Bowl Featuring Ads Natalie Portman and Cats." There were actually over a dozen of those so whittling down to five – no small task. They had to hire someone to sift through them, which was a new concept for them.

Today the language of the web is increasingly about images. It's memes and macros and remixes that get around before before Matt Drudge even has time to put up his siren. And it’s cartoons, comics journalism, and infographics that are starting to replace uncaptivating search engine optimized text that make up more and more of the web. Infographics are kind of what every site is all about now to news outlets and non-profits. When it comes to getting information out, they're the new, cutting edge way Ross Perot tells me. What’s popular now isn't really that different from when Boss Tweed hollering about. In a sea of text, whether it's a newspaper or the web, images possess a particular power. If they didn’t, Ali Ferzat wouldn't have had his hands smashed in Syria this year and an Iranian cartoonist wouldn’t have be sentenced recently to 25 lashings for drawing a caricature of a member of parliament.

If I’m lucky, I can create half the amount of cartoons that Herblock was able to. He never wasted his ink on trivial issues. He battled segregation, Communist witch hunts, and power hungry presidents like Nixon and, well, all of them really – and that's why he remained relevant for over 70 years. If editorial cartoonists can remember that, they can remain vital and indispensable.

We often talk about our field in romantic terms as if it some grand necessity to a free and just society. It's not. If it was, we'd live in one. Truth is, people can go through life without editorial cartoons, with only cat Tumblrs and listicles to keep them grinning. But I refuse to let them. I want to stop them and make them laugh at the things they are outraged about and scream at them for the things they aren't.

So I’m going to stay hungry and stay drawing. But with this check I'm going to eat something good and buy some expensive whiskey.