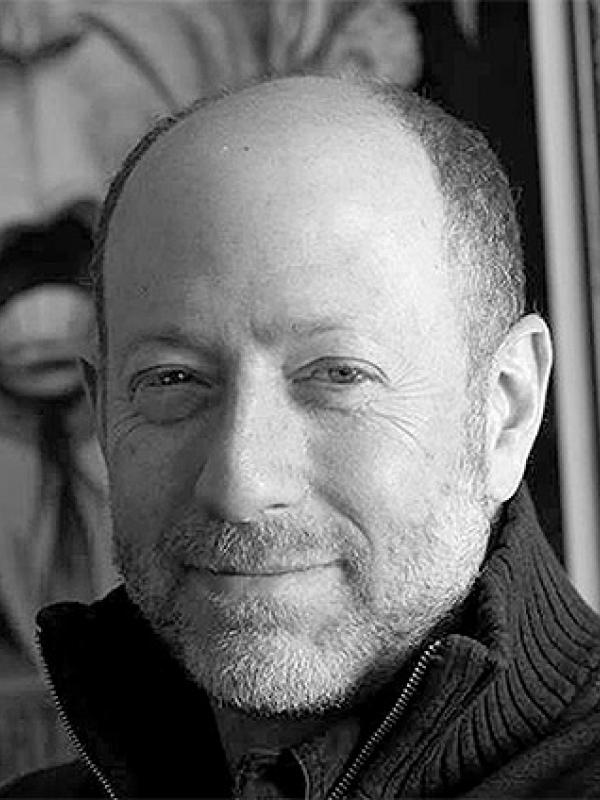 . . . is an illustrator, caricaturist and political commentator working for publications in the US since the 1970s. He is accepted in the fields of journalism and the graphic arts as a master of the editorial idiom.

After getting his BFA at Cooper Union in 1976 Brodner became editorial cartoonist at The Hudson Dispatch, in Union City, New Jersey. In 1977 Steven Heller, art director of The New York Times Book Review, began tapping him for illustration assignments, beginning a freelance illustration career that would span over four decades.

In 1981 he became a regular contributor to Harper’s magazine with the monthly feature, “Ars Politica”, a name given it by Lewis Lapham, Harper’s editor. In the late 1980’s, as media became more critical of the popular Ronald Reagan, more magazines and newspapers commissioned Brodner to contribute regularly. These included the National Lampoon, Sports Illustrated, Playboy and Spy. In 1988 Esquire brought him in as an unofficial house artist. It was there that he did portrait caricature, art journalism and a monthly full-page political cartoon, “Adversaria”. Since then he has worked for most major publications in the US and Canada.

He did regular movie caricatures to go along with film reviews by Peter Travers at Rolling Stone, 1997-1999. One portrait of Madonna as Evita inspired Warren Beatty to commission him for the poster for Beatty’s political satire Bulworth.

Later, 2001-2004, as regular contributor to the magazine’s National Affairs page written by Matt Taibbi and others, Brodner illustrated the evolving disasters that were the Afghan and Iraq Wars.

In 1993 he began a tour as regular contributor to The New Yorker. In 19 years he illustrated his own pieces as well as those of contributing writers. These included Andy Borowitz, John Lee Anderson, Joe Klein, David Remnick. His 1999 cover was an early comment on the 2000 presidential race between Al Gore and George W. Bush. His back pages commented on Clinton and Bush Administrations, including the September 11 attacks and subsequent wars in Afghanistan and Iraq. In 2007-8 he engaged in the first web film series to be linked to a major magazine; “The Naked Campaign” followed, in 32 short films (with corresponding magazine art) the campaign that resulted in the election of Barack Obama.

Since the mid-nineties Brodner has been a regular contributor to The Nation, illustrating over two dozen covers and many stories covering the ebb and flow of American politics.

In visual essays Steve Brodner has covered eleven national political conventions for Esquire, The Progressive, the Village Voice and others.

His article, “Plowed Under”, a series of portraits and interviews with Midwestern family farmers, abandoned by Reagan Era policies, ran in The Progressive, which, at that time was a mecca for US political art.

“Shot From Guns”, an art documentary about the Colt Firearms strike in Hartford, Connecticut appeared in Northeast magazine in 1989.

For The New Yorker he covered Oliver North and his 1994 Virginia Senate race, the Patrick Buchanan presidential campaign, the Million Man March and an advance story on the Democratic Convention in Chicago, 1996.

The Washington Post Magazine commissioned him to profile the Bob Dole presidential campaign in 1996.

In spring 1997, he wrote and illustrated ten-page article on the South by Southwest Music Festival for Texas Monthly.

In summer, 1997, he climbed Mt. Fuji for Outside Magazine.

In fall of 1997, he did a piece on the New York City mayoral campaign for New York Magazine.

His eight-page profile of George W. Bush appeared in Esquire in October, 1998 (in which Bush said to him, “Maybe I’ll see you in national politics next year, maybe not. Either way, I have a cool life.”)

In 2000 he wrote and illustrated a story on guns in Pennsylvania for Philadelphia Magazine.

Texas Monthly published his 10 page story on Colonias (Mexican Americans along the Texas border) called “In America”, May, 2005.

In 2007, he visited the Texas State House at Austin for a freewheeling story on the capital for Texas Monthly.

In 2015, his visit to the energy-self-sufficient Danish island of Samsø, in Denmark resulted in an 8 page piece in Nautilus magazine.

In the summer of 2016 he covered both political conventions for the Village Voice, with art going live on social media.

In 2017 he founded the Nation's OppArt blog, which has increased the visibilty of graphic commentary with a daily picture by artists from all over the world.

Throughout his career Steve Brodner expanded his illustration boundaries by originating, writing, editing and designing his own articles for publication. During the Trump campaign and Administration, this included: a group portrait of the entire Trump retinue (which ran as a double-page spread in the LA Times.) a 100-Day review of the Trump Presidency (appearing as a full page in The Washington Post), A full length NY Times Op-Ed detailing the lives of founding fathers on July 4, 2013. Similar historical pages were seen in the LA Times and Tablet magazine, concerning the surprising origins of Memorial Day, Mothers Day, the first Jewish settlement in New York, etc.

His first book, “Fold ‘N Tuck”, an outgrowth of his Esquire page, was published in 1990 by Doubleday.

His animated film and book “Davy Crockett” was produced by Rabbit Ears Productions in 1992.

He illustrated the book “Sharing the Pie” by Steven Brouwer which was published in 1997 by Henry Holt.

His collected political work was published in “Freedom Fries”, by Fantagraphics Books, 2004.

In 2011 Bingsop’s Fables, with a book-full of drawings by Brodner, set to tales from the Darwinian world of business by the sharp-toothed humorist Stanley Bing.

“Artists Against the War”, published Jan. 2011, was inspired by the exhibition by the same name at the Society of Illustrators, which Brodner curated, involving 64 artists contributing art in opposition to the war in Iraq.

In 1996 Brodner was a commentator in PBS’s Frontline documentary about the presidential election, “The Choice”, in which he commented and drew on camera.

The Warren Beatty film, "Bulworth" had its poster done by him.

His documentary short “September, 2001” was shown in conjunction with the Sundance Film Festival, 2002.

In 2004, guest appearances on This Week with George Stephanopoulos, The Leonard Lopate Show, PBS Chicago etc.

A series of 28 “Naked Campaign” films was produced for The New Yorker’s website with collaborator Gail Levin and Asterisk studios, 2008

A series of short political films for PBS’ Need to Know, 2010-2011, written and directed by Brodner, produced by The Refinery.

In May, 2017 Viacom commissioned him to paint three murals for a “One Night Only” tribute to Alec Baldwin that decorated the stage of the Apollo theater in NY for the Paramount TV presentation.

In 2008, Steve Brodner became the first living illustrator to be given a major career retrospective at the Norman Rockwell Museum in Stockbridge, MA.

2007 Reuben Award from the National Cartoonists Society for Best Magazine Illustration of the Year.

2010 Reuben Award from The National Cartoonists Society for Advertising.

2018: Silver Medal and Award of Excellence from the News Design Association.

Brodner has kept a regular schedule of lecturing. Including appearances at MICA, SCAD, RISDE, California Center for the Arts etc.

He taught at the School of Visual Arts, as well at Fashion Institute of Technology, since 1993, and was named one of “New York’s Leading Professors” by The NY Observer, 2015.

He currently lives in New York with his wife, Cynthia Rose. His daughter, Terry Brodner, is a children’s book author and illustrator.