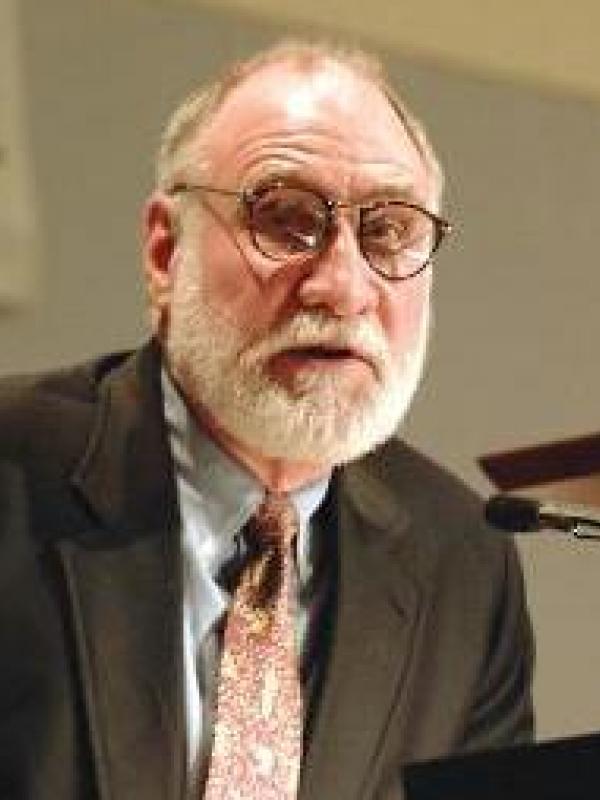 "Tony Auth's optimistic perspective that things can get better if we work at them places him squarely as an heir of Herblock's legacy." said Lucy Caswell, curator of the Ohio State University Cartoon Research Library.

Caswell was one of three judges for this year's contest. The other two judges were Harry Katz, curator of the Herblock archives and former head curator of the prints and photos division of the Library of Congress, and Matt Davies, editorial cartoonist for the Journal News of Westchester County,  N.Y., Davies was the winner of the 2004 Herblock Prize as well as the Pulitzer Prize for editorial cartooning.

"Tony Auth draws like an angel and persuades like the devil, seducing us to his point of view with intelligence, insight and consummate artistry," Katz said.

Davies said the cartoons presented in Auth's prize portfolio "not only pointed out the flaws, ironies and injustices in the system and its leaders, but simultaneously offered a playful sense of hope. This was a truly 'Herblokian' collection of work."

Auth joined the Philadelphia Inquirer as an editorial cartoonist in 1971. Since then he was won numerous awards including the 1976 Pulitzer Prize and the 2002 Thomas Nast Prize. 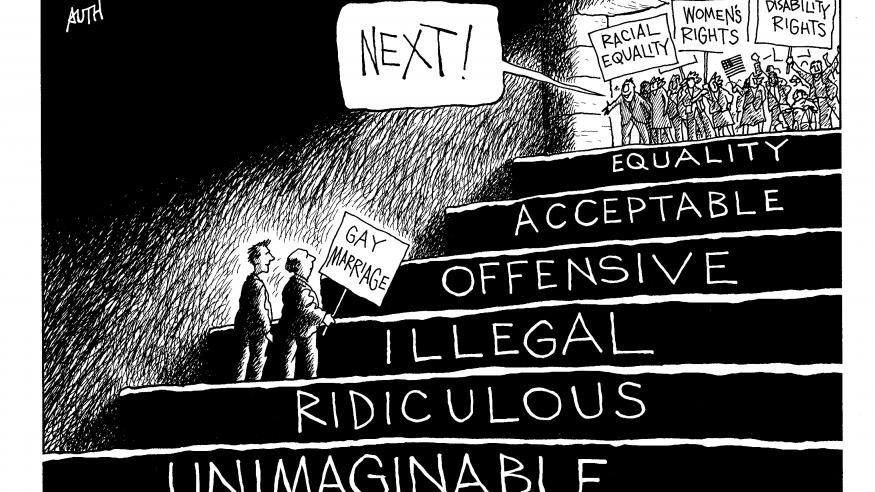 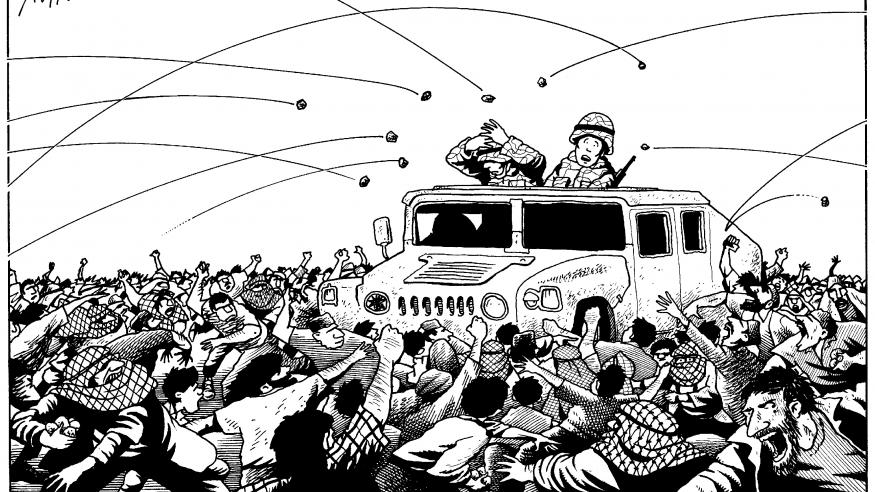 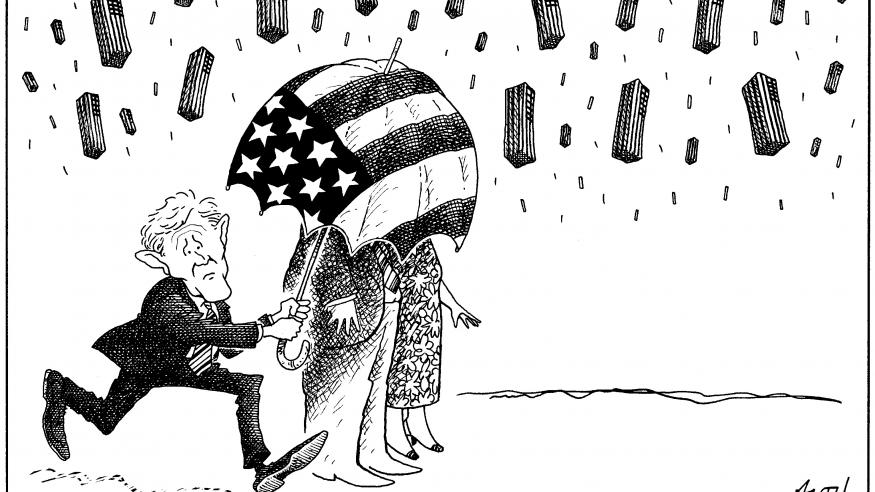 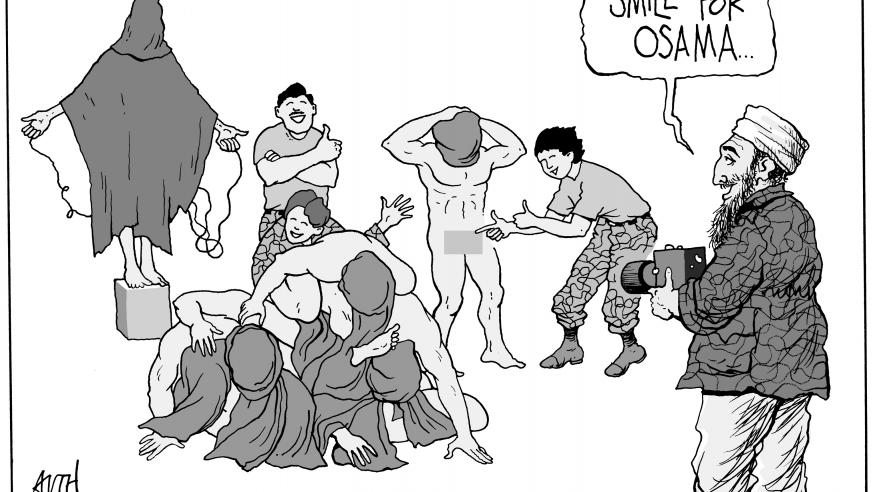 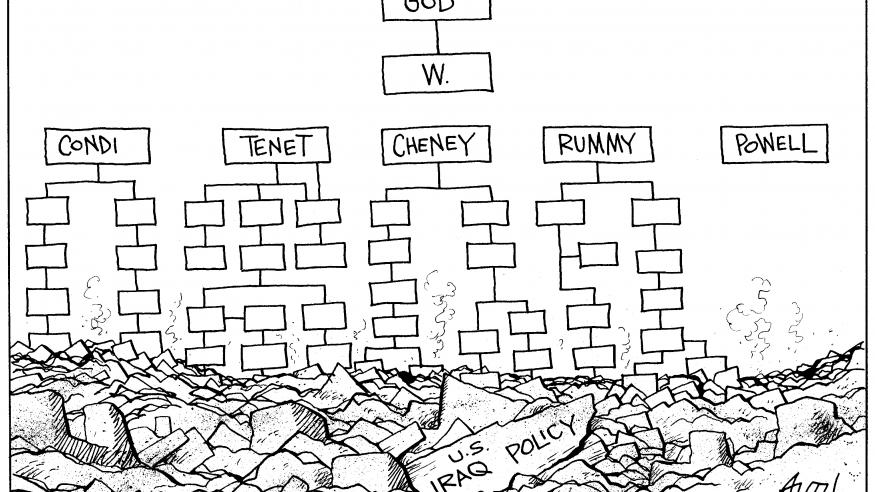 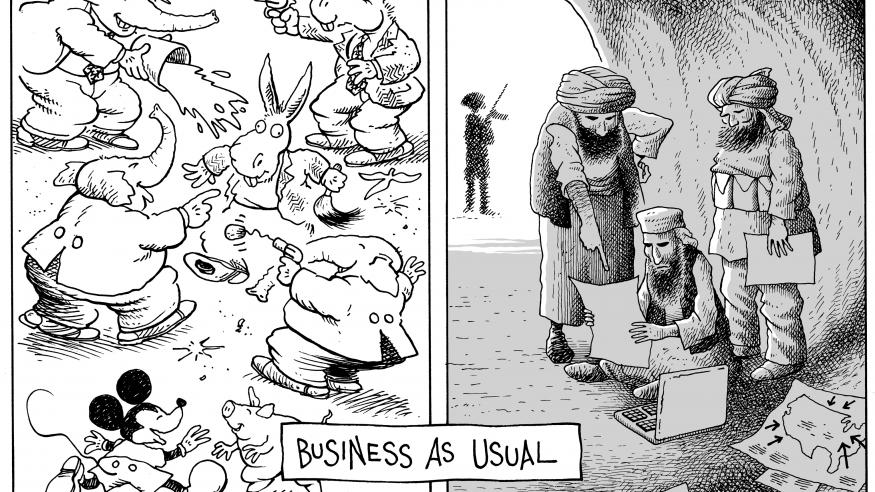 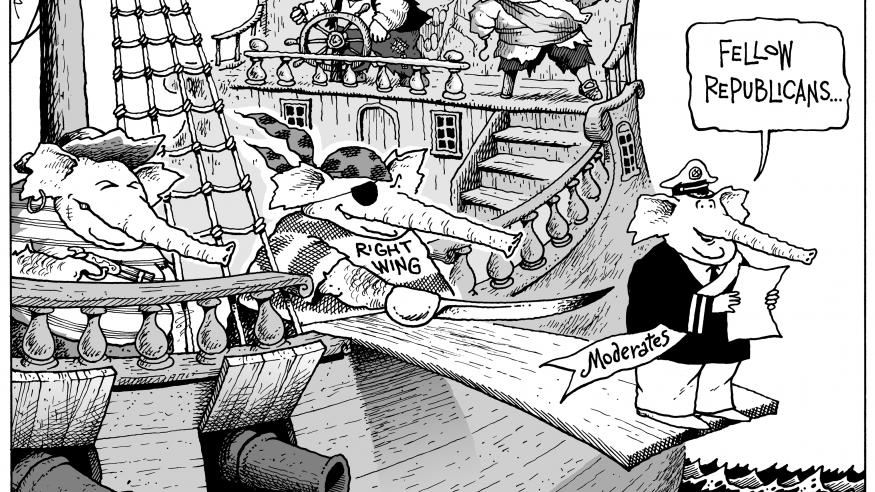 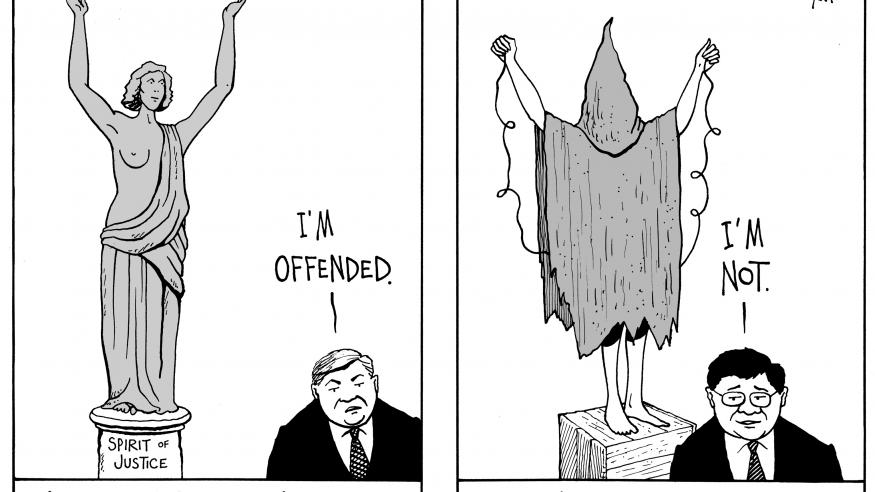 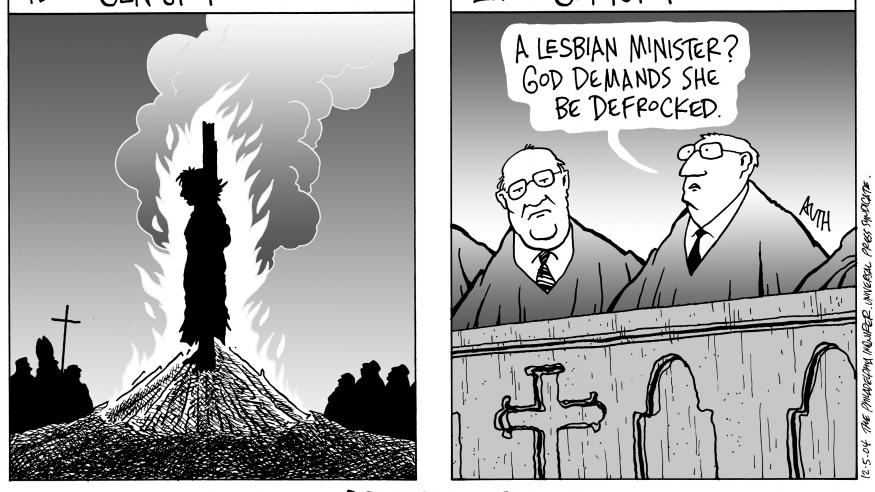 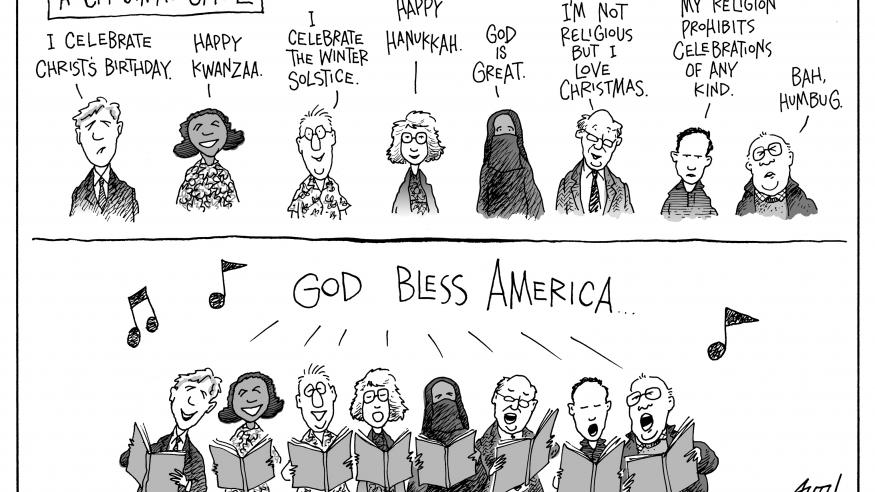 I want to thank my wife Eliza,  and my daughters, Katie and Emily, often my first sounding-boards, who when they roll their eyes, I imagine are doing so with love.  I also want to thank my mother, no longer with us, who entered my sickroom when I was bedridden for a year and a half at the age of five, with pencils, crayons and paper, and said:  "You should learn to draw.  You might enjoy it. It's magical."  She was right.

Most importantly, I wish to thank The Philadelphia Inquirer, which for 34 years, and under the leadership  of a variety of editors and publishers  has been nurturing, encouraging and tolerant when I've come very close to, or actually gone over the cliff.  Amanda Bennett, the current editor of The Inquirer, is one of the relatively small number of editors in the country who understand that the best cartoons are, by definition, going to infuriate some of our readers.  She has defended my independence on numerous occasions, and has a long history as a defender of outraged cartoonists, and some would say outrageous cartoons.  When she was editor of the Lexington Herald-Leader, hers was one of only five papers in the country that published Pat Oliphant's memorable drawing on the child sexual abuse scandal in the Catholic Church entitled  "Celebration of spring at Saint Paedophilia's , the annual running of the altar boys."  She was the only editor to have published that drawing who didn't apologize for having done so, and she actually published it again on a page devoted to angry letters denouncing the cartoon and the Herald-Leader.

To Chris Satullo, editorial page editor of the Inquirer,  and my colleagues on the editorial board, I owe a deep debt of gratitude.  Chris loves our mission, civic dialog, and the struggle to make sense of the world.  He knows the value of bold, irreverent graphic commentary and is the target of much abuse because of me.  He is a collateral damagee.

And, of course, I want to thank Herblock, whom I first became aware of when I was twelve.  Talent, commitment and intelligence times longevity is the measure of a cartoonist's success and impact.  On that score Herb was unique.  The campaign he waged for more than seventy years is without parallel in the annals of American graphic commentary.  His contributions to editorial cartooning and journalism cannot be overstated.  And thanks to the foundation he has endowed, that contribution will continue.  It is said that Herb never married, and that he had no children.  That's not quite right. There is not a political cartoonist in America who has not been influenced by Herb.  We are all his children.  And as Herblock's heirs, today's political cartoonists have an obligation to carry on his legacy of honest, fearless commentary on the issues of our time.  No politician, no bureaucrat, no self-anointed  "opinion leader" was ever safe from Herb's pen, and none should be safe from ours.

Our job is not to amuse our readers.  Our mission is to stir them, inform and inflame them.  Our task is to continually hold up our government and our leaders to clear-eyed analysis, unaffected by professional spin-meisters and agenda-pushers.  In these times, when those of us who are members of the "reality-based community" are under relentless attack from both the right and the left, we must encourage, and our work must reflect, independent and non-ideological thinking.  Herb would expect no less of us.

These days we have a lot to work with.  This is truly a target-rich environment.  It's wonderful for me today to come to Washington, the Mother Lode of cartooning inspiration.  No wonder Herb mined this vein for over seventy years - it was just too rich to let go.  I don't expect to be able to do this as long as Herb, or as well, but I want you to know that I'm having a wonderful time trying.