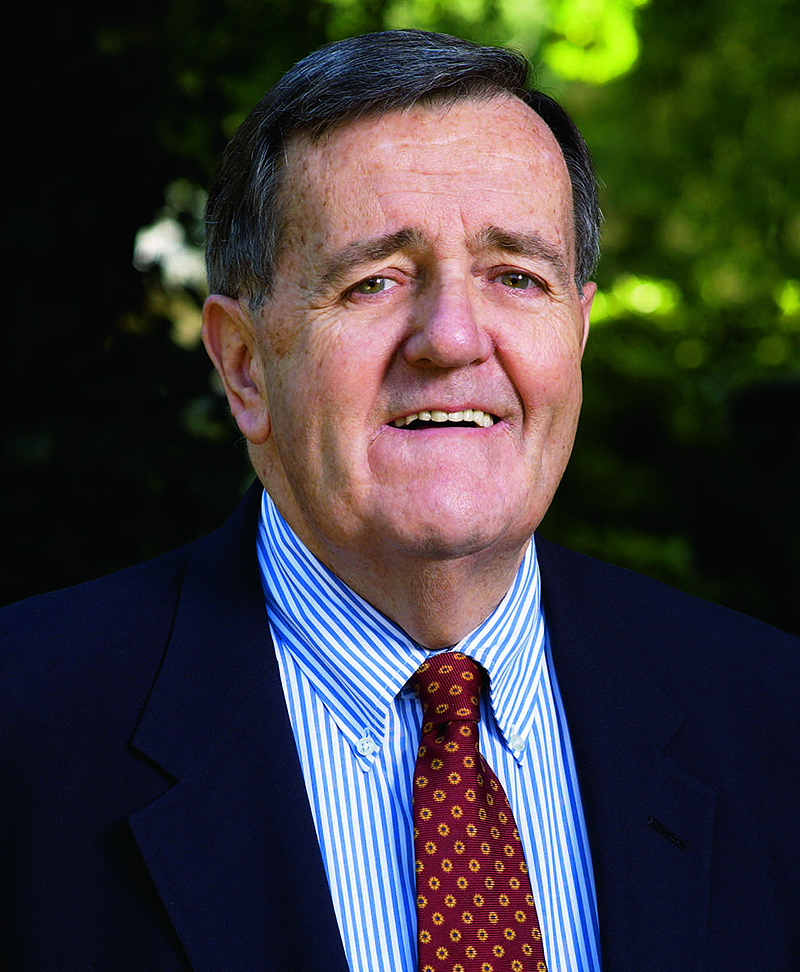 The Wall Street Journal has called Mark Shields “the wittiest political analyst around” and “frequently the most trenchant, fair-minded, and thoughtful.” The Washington Post has called Shields “a walking almanac of American politics.”

A native of Weymouth, Massachusetts and a graduate of the University of Notre Dame, Shields served as an enlisted man in the United States Marine Corps before coming to Washington where he began working in 1965 for Wisconsin Senator William Proxmire. In 1968, Mark went to work for Robert F. Kennedy in the senator’s presidential campaign. Over the next decade, he held leadership positions in three other presidential campaigns and helped manage political campaigns in some 38 states.

In 1979, Shields became a Washington Post editorial writer where he began writing his own column which is now distributed nationally by Creators Syndicate. Since 1988, he has provided political analysis and commentary on the award-winning PBS NewsHour where he was matched wits with David Gergen, Paul Gigot, and, since 2001, with David Brooks of the New York Times .For 17 years, he was moderator and panelist on CNN’s Capital Gang.

In addition to having attended 22 national party conventions and working on or covered the last 13 presidential elections, Mark has taught American politics and the press at the University of Pennsylvania’s Wharton School, Georgetown University’s Graduate School of Public Policy and was a fellow at Harvard’s Kennedy Institute of Politics.

The Board of Directors of The Herb Block Foundation created an annual Herblock Lecture to accompany the awarding of The Herblock Prize for editorial cartooning.  The prize was established to honor the courage and independence of Herb Block, whose cartoons graced the pages of The Washington Post under the pen name Herblock for more than half a century.

The Foundation was created in Herb Block’s will as a grant-making organization with a mission of defending basic freedoms combating all forms of discrimination, improving the conditions of the poor and providing post-secondary educational opportunities to financially needy students.

As part of Herb Block’s wish to make his work available for the education of the public, the Foundation has made a gift of the entire Herblock archives, including more than 14,000 original cartoons to the Library of Congress.